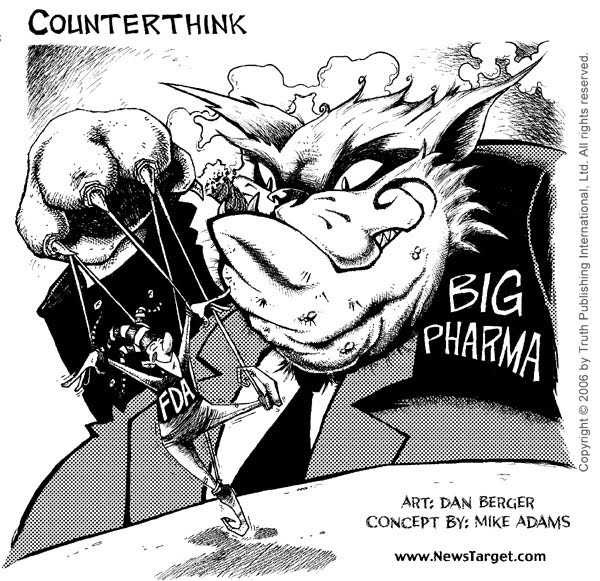 The FDA is on the take by the biopharmaceutical industry which pays three quarters of the FDA’s budget used for the drug review process. This is an astounding number for any Government agency. No federal agency is supported to this extent by the industry it regulates! Given this level of support, its easy to assume that the FDA would bend over backwards to meet the needs of its financial backers to fast track drug review processes, or ban drugs that are inexpensive in their plant based forms. If the Drug companies have the patent on a synthetic version they  charge exorbitant prices. 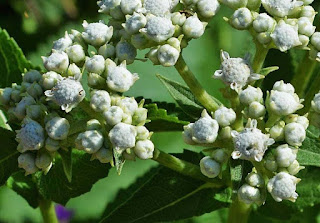 CINCHONA BARK is where Hydroxychloroquine is extracted from in it's natural form of Quinine.
More than 7000 medical compounds currently prescribed by physicians in Western culture are derived from plants, and some experts estimate that there are more than 21,000 medicinal plants in the world’s remaining tropical forest ecosystems.


Perhaps the most historically important medicinal plant family of all is the tree genus known to science as Cinchona. While most people will not have heard of the Cinchona genus, they will certainly have heard of the alkaloid produced from it bark: quinine, used for centuries to treat malaria, as well as other ailments.
The Spanish learned of the medicinal properties of the bark of the Cinchona from the Quechua-speaking indigenous people they conquered in the early 16th century, and they quickly adopted it in the treatment of the tropical fevers to which the European invaders were all too susceptible.

U.S.  Military in the jungles of Central America and South East Asia took quinine pills as a prophylactic against malaria.
Quechua people routinely mixed the ground bark of the Cinchona with sweetened water, to counter the bark’s bitter taste, thus creating the first tonic water; that essential ingredient in the gin and tonic, a beverage created by British officers in India, who first added gin to their quinine to mask its unpleasant taste. Quinine is used to this day as an ingredient in tonic water. 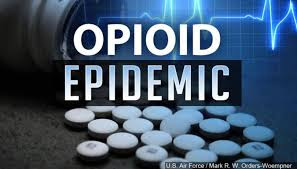 Another example of price gouging by drug corporations comes from the response to the opioid crisis and the increased demand for the drug naloxone, the antidote for a narcotic overdose. With over 60,000 Americans dying of drug overdoses each year, emergency responders, not-for-profit human service organizations, and family members want to have naloxone readily available to save lives. However, the drug manufacturers have responded by jacking up the prices of naloxone and its various delivery systems. Kaleo corporation has raised the price of its easy-to-use, naloxone auto-injector from $690 in 2014 to $4,500 in 2016. Amphastar Pharmaceuticals has raised its wholesale price for naloxone from $20 to $40. Adapt Pharma’s new Narcan nasal spray came on the market in 2015 at $150. These prices and the opioid crisis have increased the drug corporations’ revenue from sales of naloxone from $12 million in 2011 to $274 million in 2016. Economics, specifically economies of scale, would suggest that the price should be going down with increased demand, not up.
As prices for naloxone have risen, first responders and community-based non-profits who provide services to people with drug problems, who are on the front-lines of the opioid crisis, are finding that their tight budgets do not allow them to have the number of naloxone doses they’d like to have. [3] Naloxone has been available since 1985, although new delivery vehicles, such as a nasal spray, have been developed recently. Public funding through the NIH has contributed to the development of and conducting of clinical trials for some of these products. Only five corporations make naloxone and they have been working to block competitors. One of them is Mylan Pharmaceuticals, infamous for its price gouging with its EpiPen product.
Some drug companies are simply investors, buying the rights to drugs, often life-saving ones, that they believe can deliver big profits, usually through dramatic price increases. A recent example is NextSource, a start-up with no research and development costs. In 2013, it bought the rights to a cancer treatment drug with low demand and therefore a single producer. It was priced at $50 per dose. In three years, NextSource has raised the price to $768 per dose.
Soaring cancer drug costs are driving the cost of treatment well over $100,000 a year in many cases. As a result, some patients delay treatment to figure out how they can get the treatments paid for. A study earlier this year found that 24 cancer drugs had, on average, quadrupled in price over the last 8 years. [4]
In an interesting example of how our corporate media sometimes cover increasing drug prices – putting a positive spin on outrageous corporate behavior – The Boston Globe recently had a big headline on the front page of its Business Section that read “Price hikes on top-selling drugs were a lot smaller this year.” The article began with “Average annual price increases have declined at least four years in a row for 20 of America’s top-selling brand-name prescription drugs.” Nowhere in the article does it mention that the 6.9% increase over the last year is three times the rate of inflation or that over the last 5 years the cost of these drugs is up 66%. On a subsequent page the article does note that “these drugs have increased by an average of 213 percent since their launch, well out-pacing inflation.” It also notes that many of these drugs are very expensive with seven having an average, annual cost per patient of between $59,000 and $92,000.
at 3:07 PM