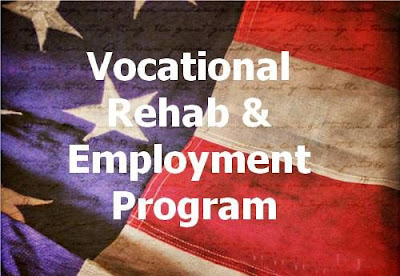 Thousands of Veterans participating in the VA's Vocational Rehabilitation Program and other related Programs may be left behind and not receive the cash being sent to people for hardship relief in the Republican Coronavirus aid package.

Many Veterans in those programs did not have to file taxes in 2018 because they did not work in the public sector. However, many went to work in 2019 and have filed or will soon file. They qualify except for the 2018 tax filing requirement. While all low income veterans who didn't file in 2018 and are not back to work yet should be included also, more so for those who re-entered the workforce in 2019!

The VA only pays Voc Rehab participants a little under $700 a month stipend for living expenses. Most of the participants survive on under $1500 a month if they are on disability but lose the stipend once back at work. Many struggling with PTSD and other issues beyond their Physical injuries make them high risk for increasing the already epidemic of suicide in the veterans population.

Now, many who have no support system will be isolated further and the financial assistance will go a long way to alleviate their anxieties and feelings that they don't matter.

The plan unveiled Thursday night by Senate Republicans to provide direct cash assistance to help Americans hurt by the coronavirus pandemic would send checks of up to $1,200 per person in a one-time payment — and payments would be based on income.
Under the plan, the details of which were revealed on the Senate floor by Majority Leader Mitch McConnell, R-Ky., individuals making up to $75,000 annually would be eligible for a $1,200 check from the federal government.
The cash would be delivered in a one-time payment. President Donald Trump and Secretary of the Treasury Steven Mnuchin had in recent days pushed for Americans to get two payments.
Married couples who file their taxes jointly would have to make less than $150,000 to qualify for their payment, which would be $2,400.
From there, according to McConnell's proposal, the payments would decrease. For individuals, the sum of the payment would fall by $5 for each $100 earned over $75,000.
The payment would phase out entirely for individuals making more than $99,000 annually, meaning people who make more than that would not get any money from the government, according to the proposal.
For married couples earning more than $150,000, the payment would also decline gradually, and it would phase out completely for couples making more than $198,000, according to the plan.
The checks, however, would reduce to $600 (or $1,200 for married couples) for taxpayers who have little or no income tax liability but have at least $2,500 in qualifying income, according to a GOP summary of the plan. The income levels the government would review to make the cash payout determinations would be based on 2018 tax returns, McConnell said.