Florence, Oregon is one of Oregon Coast's destination tourist attractions for it's sand dunes in and out of State Parks and lakes which one can find every ten miles or so, along with all the rivers that flow into some of the most beautiful coastline in the world. Not to mention it's Old Town area with restaurants and shops, both tourist focused and art inspired by it's artistic and eclectic talent pool. Now Florence is also home to a very talented teenager, Nyah Vollmar who is now a “national recording artist” after the release of her first single, “Empty Spaces,” last winter. Nyah is a gifted songwriter for any age artist, but when writing and performing begins as early as Nyah did, it's a sign of an enduring stellar career.

At just 15 years old, Nyah is preparing a total of five songs this year to be included in her first EP with InRage Entertainment, with “Empty Spaces” as the first single. The next song, “Thousand Wishes,” has already been recorded and three more songs will be worked on in the coming months. The goal is to release the EP sometime this fall

I was invited to an impromptu rehearsal where Nyah showed her rocker side with a great rendition of AC/DC's Highway to Hell. Managed by Dad Scott Vollmar, they are planning to put together a touring band for the Northwest music scene. Looking forward to writing more about this rising star! (Story
checked through Grammarly no plagiarism!) 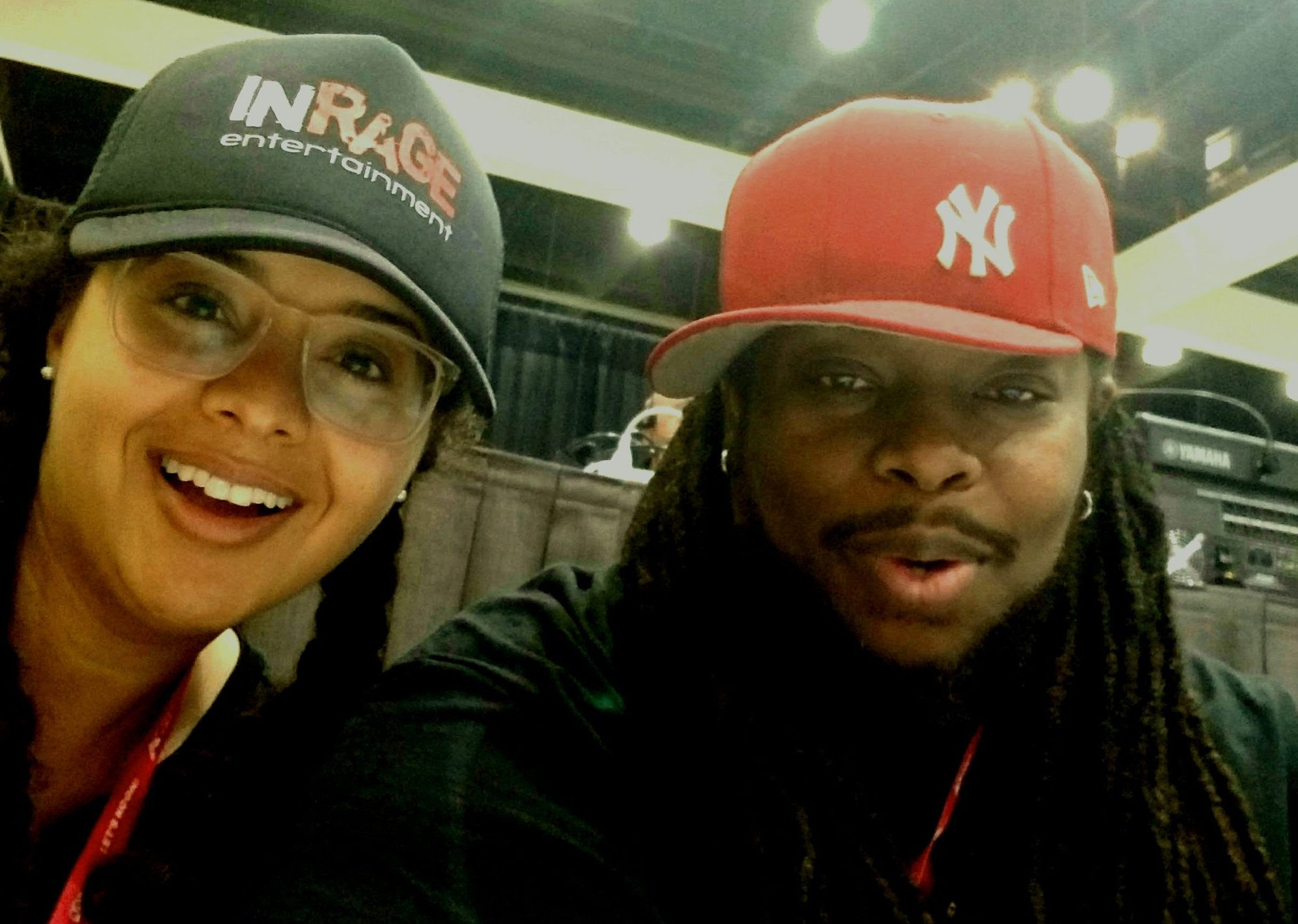 I have spoken with Bruce many times on the phone and learned about InRage Entertainment and the cutting Edge model he and wife Ebony have built into one of the fastest growing new Production/Record Labels west of the Mississippi.

Bruce: "I started my music career as a multi-genre artist who auditioned for 13 record labels before getting signed to Morgan Creek/Polygram. From the beginning of my career, I was attracted to every genre of music because my mom listened to everything. So, here I am living in the slums in Brooklyn and my favorite artist is The Beatles. I taught himself to produce music when I was young and broke – I produced my landlord’s daughter in exchange for free rent! After moving to California from Brooklyn, I got a double production deal from Jimmy Jam and Terry Lewis’ Perspective Records/A&M Records. Then, I was signed to Sony as a songwriter and producer, but because my catalog was so diverse, it was difficult for the label to figure out what to do with me. Because I had yet to build a name for myself, people wanted to use my songs, but didn’t want me to get the credit yet, so I was a ghost producer for many years. I built InRage Entertainment because I wanted to create the music I wanted to, when I wanted to, on my own artists."Excerpt fom VoyageLA

I haven't had the pleasure to meet Ebony yet, but here is another excerpt from an article in VoyageLA:

Ebony: "I met my husband in the studio when I came in to record on a project he was producing. We’ve pretty much been in the studio together ever since. I’ve been singing since I was very young in church and got my degree in music from USC and had just worked in administration at USC for 4 years, so when he asked me to build the company with him, I was game. We make a great team. He produces and writes and I write for Sony Hong Kong, Korea Branch. He says what he wants to happen and I figure out how to make it happen."

So keep your eyes and ears open about Nyah performing in the Great Northwest as well as the EP's release....and with her background and many lead roles in musical theatre productions, films and Broadway may be in the stars for her also!