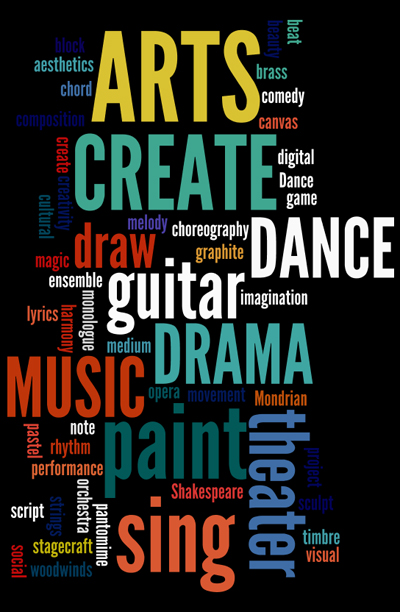 Americans have a love affair with music & entertainment. From Broadway musicals to the latest craze of talent shows that make stars and celebrities for new talent instantaneously. Oregonians have always had a love affair with it's performing arts probably more so than any other market it's size in the country. The recession had hindered a lot of the arts groups including our school's music and drama programs which serve as the gene pool that supplies our community with all the great talent for community theatre, ballet, symphony, music venues, etc... 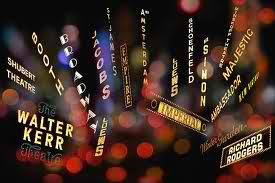 Entertainment night life however has seen better days. Outside of the younger generation's club venues that cater to their likes and music, showroom and dinner shows along with Broadway musical productions on the regional playhouse level for the 35+ market is dwindling fast. Due to higher costs in overhead and talent, royalties, advertising,  producing quality productions are becoming cost-prohibitive.. The National Endowment for The Arts, (NEA) has  released the latest exhaustive survey that shows musicals are attended almost twice as much as non-musicals nationally. However, Oregonians love their performing arts and rally to help maintain them when a call goes out for support. Musical Theatre  has weathered some major storms with help from fans and Grant support.
Pro-Am project is a Non Profit Organization where professional artists and business people teach young people, both academically stable, and those at risk... to learn all phases of a Dinner Theatre and a collaborative Performing Arts Program. There will be a professional food and beverage component and culinary school training program that will prepare students to not only become skilled in all phases as workers, but also provide entrepreneurial training and hands on management opportunities. Then if desired, cross trained in Theatre Arts. And vice-versa. As an after school and summer program, PPA will utilize family, community and school personnel to be involved with students internship and participation in PPA. PPA will coordinate and liaise with family, educators, and any other relevant person or agency involved in student's counselling and guidance for future school and or job placement opportunities.
PPA & School of Blues is a project conceived by Producer Steven Masone. Masone produced Sacramento's first Musical Dinner Theatre in 1976. He then went on and Produced another Dinner Theatre in the Historic Old Sacramento District with The Bacchus Theatre Troupe. From Musicals to Melodrama, Improvisational Comedy Troupes and Musical festivals, Steven Masone brings his many years of experience to the Eugene area, where he decided to go back to college to finish his education that was put on hold as he was so busy with many different projects over the years. He is an actor, musician, dancer, choreographer, director, writer, media publisher, and Parent, raising his 14 year old Grandson. Masone also owns "Masone & Associates" Artist Management Company he is currently resurrecting from inactivity. Graduating from Lane Community College, Masone now is in his last year at Oregon State University.  Steven Masone is also very active in Veterans issues, and with Hope Center Director; James Rabe, working with the VA Hud/Vash teams, helped start and was Pgm director for the Veteran's emergency homeless shelter at The Hope Center @ 1161 Grant Street, Eugene, Or, where they also feed all the homeless hot meals every Friday opening at 10 am. Hundreds of veterans have been helped into permanent housing in the 5 years history of The Hope Center. He is currently the Chapter Coordinator for Guitars4Vets.

G4vets teaches guitar lessons for our returning veterans as a music therapy vehicle to provide music and support for PTSD issues and awards brand new guitars after the 10 lesson series taught by volunteer instructors. There are 82 chapters in U.S. and growing. Over 13,000 have graduated from pgm. After support is continued with official VA support services. He is a member of American Legion Post # 3, and has partnered with The Kim Sticka PTSD and Performing Arts Foundation. Executive Director; Ron Sticka has invited Masone to serve on The PTSD Task Force being organized by that organization.

PPA will initially outsource much of the class room curriculum with established culinary business, and  performing arts programs in local high schools and college/technical schools where resources are available.The Theatre Arts program will be a first phase, where students will be involved with production of a musical chosen where the professional theatre company will have trained and rehearsed all students involved as cast members, and all other aspects of show. However, the professionals will appear and perform in the shows that will be competitively priced and staged like any regional level Dinner Theatre Operation. After School of Blues is on it's feet, Masone plans on producing an original Musical about the roots & evolution of American Music through The Blues in his Pro-Am concept Dinner Theatre.

Oregon schools in the majority of rural districts, have been without music and drama-theatre programs for years, causing a dearth of thespians and music majors to keep building their-talent pool with. This will happen wherever the arts are forsaken and sooner or later, the Community Theatre, Ballet, Symphony's talent pool as well as all of the local entertainment industry will dry up. Support the ARTS!