Note from Publisher: I met Ron Sticka through my efforts to form a Guitars for Vets program in Eugene, Oregon.,
I was invited by Ron to attend the First Annual PTSD Symposium on July 21 and to join discussion at a specia
l luncheon with a cross section of various mental health professionals and others impacted by PTSD-relate
d experiences. I was very impressed by the entire program and the outreach for more awareness of the broad
spectrum of people who suffer this condition.  Colonel Sticka has offered to spearhead a grass roots initiative
to form a PTSD task force to continue dialog and have a working group composed of volunteer experts seeking
solutions and better approaches for the real problems.

Why can't we launch a PTSD  Task Force?

Our foundation sponsored the 2018 First Annual PTSD Symposium held at The Shedd on July 21.  The afternoon portion was covered by the media, but the morning veteran session largely went unnoticed.  Senate President Peter Courtney spoke well of our town hall concept and mentioned his concerns about suicide rates.  Senator James Manning, Jr., a retired Army Sergeant Major, then set the tone for this event. I joined psychologists Dr. Michael Leeds and Dr. Stephanie Rodriguez with a review of the nature and scope of PTSD and common treatment methods.  By my estimate, about one-third of our citizens are impacted by PTSD - Post-Traumatic Stress Disorder. That's well over 1.5 million people in Oregon alone. PTSD is defined in the Diagnostic and Statistical manual, now DSM-5, a standardized mental health resource.  PTSD seems to occur following a threat event perceived by the subconscious mind which overwhelms the conscious mind's capacity to process stimuli to a "fight or flight" decision. The result is a brain "freeze" and lack of defensive response. The short term memory and emotion processor, the hippocampus, shuts down much like an overloaded computer, but the hormone-regulating amygdala continues to ring the alarm bells sensing threat even after the real danger has passed.  We should be looking for ways to return the brain to a state of normalcy through a "freeze discharge" process, much like a reboot or rewiring of a computer system when the pathways are burned out. I call this restoration of neural pathways "resensitization".

Last year our state legislature enacted Senate Bill 129, tasking the ODVA Advisory Committee to review and report on the merits and benefits of appointing a task force to evaluate and make recommendations regarding the diagnosis and treatment of PTSD for all Oregonians.  It was also asked to decide on the composition of such a task force, funding requirements, and the likelihood this step would improve the treatment of PTSD. I appeared before the Advisory Committee and spoke in support of the task force concept. However the members concluded they did not have sufficient information to make requested findings, and recommended around $2,000,000 be appropriated to fund a study of PTSD.  Following that, the legislature instead enacted Senate Bill 1548, changing PTSD to PTSI, substituting the word "injury" for "disorder", and making June 27 of each year Oregon Post-Traumatic Stress Injury Awareness Day. The task force concept enunciated in S.B. 129 has now expired by operation of law. So, things remain the same as before. Veterans and non-veterans continue to die by their own hands at an alarming rate. 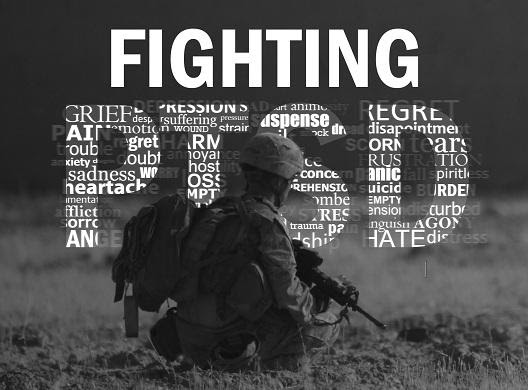 Senate Bill 1548 is confusing at best, and does nothing new to enhance research or explore new therapy initiatives.  Our symposium this year gave primary focus to the youngest victims among us; those suffering abuse and neglect during their critical formative years.  Dr. Carmen Ionescu, child psychiatrist and naturopathic doctor, spoke about overmedication issues and alternative treatment options, some new and some quite old.  Other speakers discussed new therapies involving animals, farming, music and art, and outdoor camping. "What about putting working dogs into our schools?" asked Marian Stiegeler, a child therapist who now includes her dog, Caesar, in her counseling sessions.  Dr. John LeBow would have veterans at Camp Alma plowing behind a team of horses. The Youth House concept presents a bold new strategy for homeless teens. Dr. Beth Wheeler spoke about putting aside bias to do honest and truly objective research. Perhaps it should come down to the professionals, victims, and others most affected by PTSD to exercise some good old-fashioned American resolve, and harmoniously work together toward solutions.  How about forming a grass roots task force to explore those questions the legislature chose not to pursue? Giving PTSD a new name may have merit, but what to call it is the least of our concerns. It's time to pool our resources and get down to the important task of giving hope to all Oregonians in our quest to conquer PTSD.