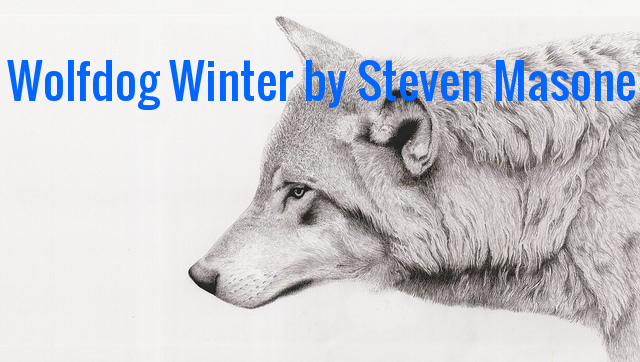 The morning sun peeked bravely over the eastern peaks with an almost steely resolve to shine in spite of the cruel biting cold. The old man with the white wolf dog set about getting over to Trapper Clyde’s place to get his help in going after that fool chechaquo that took off for his friends camp after they told him not to try it by himself in this freeze. His own dog was anxiously looking up at him...she barked a short, half growling, rebuke. “It’s alright girl, we're gonna take the sled and round up Clyde’s team to head off this darn fool fore he kills himself and that dog a his, I like the dog more …” muttered the Old  Man to his dog. He affectionately tried to scratch the nape of her neck, but the retreating blood in his fingers made it more like a poke than anything else. He went to pick up his snow shoes, but his exposed fingers were already too numb. He had to clumsily put his gloves on and beat them together until he felt a tingling in them again, then he grabbed up the shoes and put them in his backpack. The morning light was not accompanied by any warmth. He knew if he didn't talk that yahoo out of going by himself and coming back with them, by twilight, it could be seventy degrees below zero. He reasoned it was fifty below .

He could see Clyde’s chimney smoke by now and continued on the well worn path between the two places. Clyde had been living here over sixteen years and was one of the best trappers and wilderness men he had ever known. Clyde used to be a Mountie. The path took him right up to Clyde’s barn. He wiped the ice crystals from his eyebrows so his eyelids could keep working his tear ducts keeping their fluid from freezing. “I knowd dat was you ya old coot!” yelled Clyde, as he came around the side of his only out-building.  Clyde's dog team set off to barking wildly. “Smelled ya ten minutes ago,” he joked. “Hows that possible, when my nose is so froze I can’t feel my whiskers no mo?” said the old man. The two got all the gear they needed and hooked the team up to the sled after the old man quickly told Clyde the pressing need to head off the chechaquo. “Mush! Mush!” Clyde shouted and with the white wolf dog in the lead, they bolted into the freezing snow packed trail that would take them up an old logging trail,  hopefully catching up with a fool and his poor dog. The two old timers usually wouldn't suffer a fool for long, but the dog was a different matter. Dogs in the Yukon were more than man’s best friend. They were partners in business...the business of staying alive. At the summit, Clyde stopped the team and gave the old man his spyglass. The old man began scanning the valley trail across the chasm between them, and saw him. “I don’t believe it!” he said incredulously,” He’s built a fire under a tree whats full up a snow!” “Too far to yell to him, and can’t fire the rifle...might start an avalanche and kill us all!” The old man lamented.
We’ll take turns under the blankets and drivin the team every so oft and we be ok,” Clyde said. The old man shouted suddenly “Holy smoke and fire! It all fell on him just like I knowd it would” he said as he could see the fire and the chechaquo buried by the snow that cascaded from the top of the tree branches one layer at a time, bringing down the next with it, one after the other. “You get in the sled and cover up”  Clyde called out, “if we don’t get him in an hour or so he might be dead!” “Mush! Mush!” shouted Clyde. The sound of the sled dogs barking and their pained howls as the sled raced downhill made Clyde think of the time he was chasing the payroll robbers through the Klondike. He caught up to them them near Glenora. What was left of them that is. He shot all three of them. 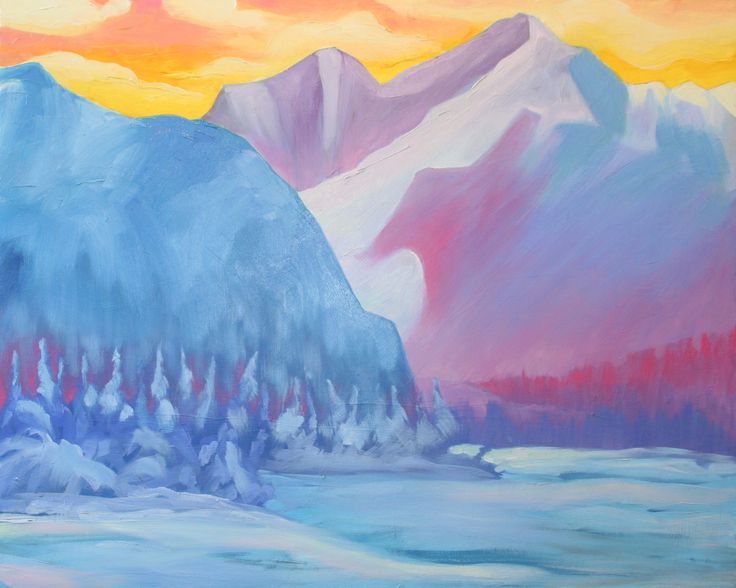 He had to shoot them all in the back as they were shooting at him from their sleds over the sixty mile chase.Two died before they got them to the doctor in Glenora and the other was unconscious for two days from blood loss. He was hung soon after that...  “Watch out Clyde! The old man screamed in a terrified voice, snapping Clyde back into the present. “The bridge is out!” “Hold em back hold em back!” “Tarnation!” yelled Clyde as he reigned in the team, barely keeping the sled from going over the gorge where the bridge had recently collapsed under an apparent rockslide.  “Well, looks like that chechaquo is a dead man unless them boys from his camp is on the way after him, no way we can get to him now”  Clyde jumped from the rear of the sled and began bringing the team around in a u-turn . “We gotta rest the dogs, lets get em in a huddle over here by these rocks” Cyde urged. Both old timers worked feverishly to gather wood to build a fire that would allow them to stay alive while they rested. There was plenty wood to take back with them too.The sun was setting and neither of these two old timers had ever seen it get this cold. Clyde took rations of dog food and began melting snow in a pot taken from the sled’s saddlebags...and took care of the dogs. 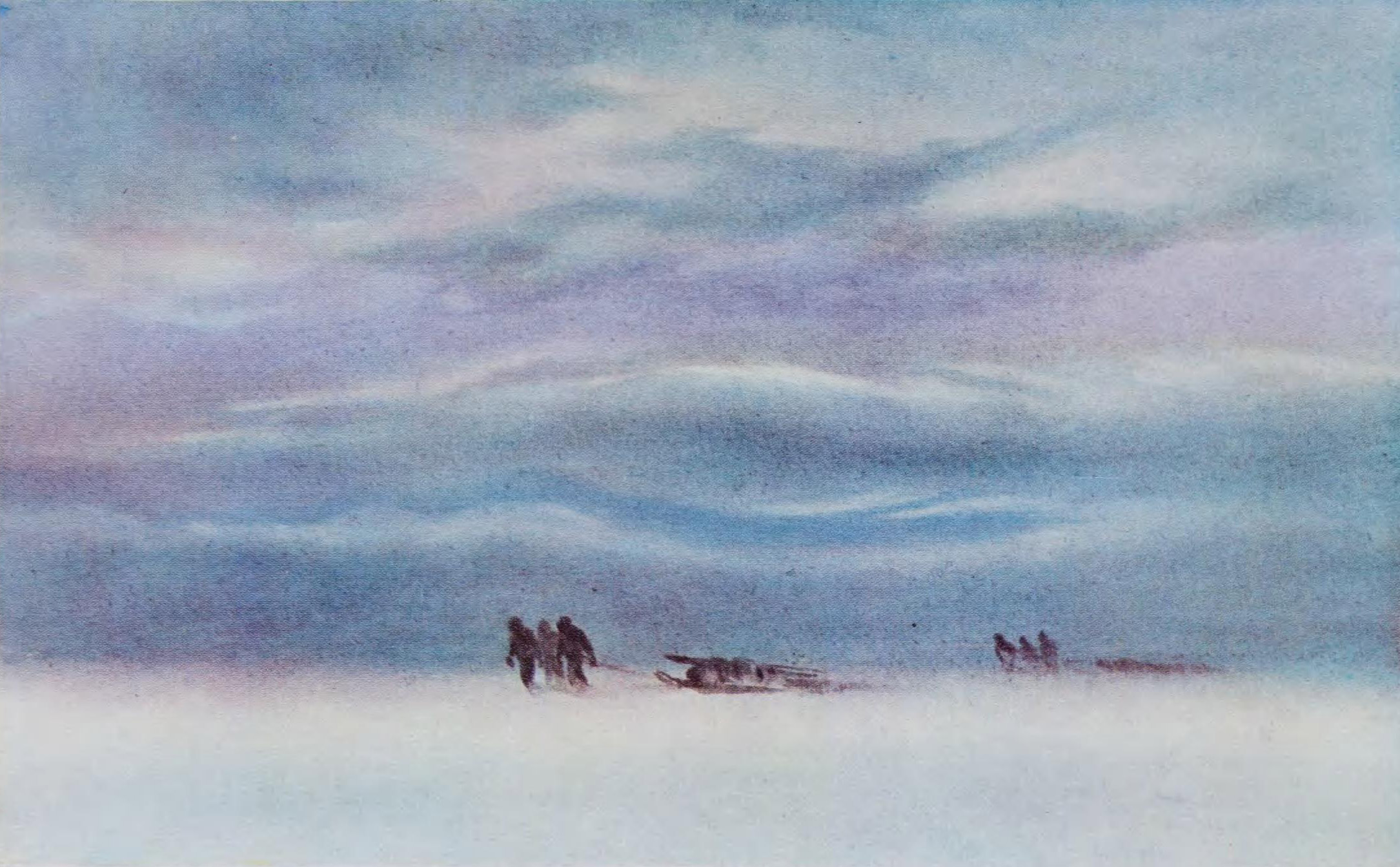 All of them circled around the roaring fire they made from the broken wood off the old bridge that had been splintered and smashed by the rockslide. The old man drank some of the broth Clyde heated up and warmed up some of the frozen jerky he could now chew. They each took turns getting shut eye while the other watched the fire. That’s why they told the chechaquo he needed a partner in this fifty below cold snap. The warmth of the angry fire began to allow him to close his eyes for a moment, exhausted, soon the old man was asleep and dreaming. He dreamt some usual disjointed dreams of his old Navy life and some familiar banjo music changed his dream to a time sailing into San Francisco from Anchorage, sounds and smells of the shore leave from many ports melted together until his dream turned into his old nightmare. He dreamed again of him being lost out in a blizzard back in 1888. 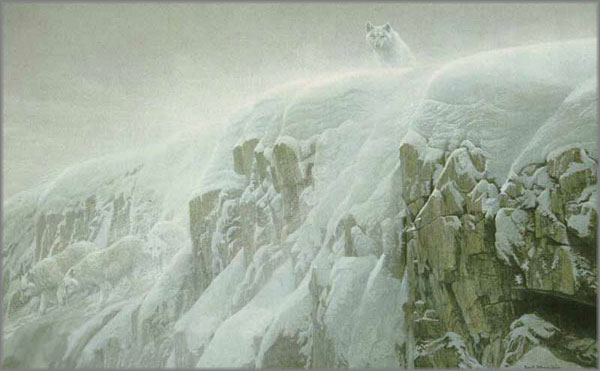 It was his first winter also when he was a chechaquo, a newcomer, novice to the cruel and unrelenting violence that these frozen badlands will put on a man... to the brink of madness and or death. Only took one mistake or wrong decision. He had dug into the snow, remembering  his military training in Alaska of cold weather survival tactics, escaping the cutting wind and freezing cold. Digging shelter in the snow was all he could do. He dug and used his axe and rifle butt to hollow a nice deep place for himself. Luckily he was dressed properly, free from the blizzards pounding assault against him, he curled up into a ball and soon fell asleep. He was awakened by her warmth as much as any noise she made when she found safety also in his snowy den. She was on her haunches, ice blue wolf eyes staring right into his. But there was no bared teeth, no growl, no apparent fear on her part either. She just sat there and panted, looking at him with an almost quizzical expression. He thought she was part of a dream, and fell back asleep. When he awoke, they were cuddled together, he and the white wolf dog have been together ever since. Her howl woke him from this present dream as he saw Clyde getting his rifle and finding a defensive position behind the sled.. “Wolves!” Clyde warned, at least one so far as I kin tell.” The howl from a few hundred yards out and woke the rest of the team and chaos ensued, until Clyde calmed them all down. The old man got up and looked into the darkness as the white wolf dog was at his side wagging her tail excitedly. “Ain't no wolf” the old man said, “tis a wolf dog” “betcha it’s the chechaquo’s dog!” Just as he said it, out of the shadows came the grey coated wolf dog. He went right to the fire and the white wolf dog followed sniffing at his heels and wagging her tail happily as the two had first met back at Sulphur Creek. The two dogs settled and curled up together. The Old man threw a chunk of thawed meat to the grey and the dog ate it hungrily. It was when the old man came back a few minutes later with an arm full of wood for the fire, did the grey wolf dog look intently into the old man’s eyes,  just as the she-dog did so many years ago. The old man smiled at his new friend. In the distance the mournful wail of a wild wolf was heard as the fire offered it’s sacrifice of crackling sparks upward, into the icy cold night sky.