(
(note:I misspoke about 2 Beasts from sea. Meant 1 from earth also.) 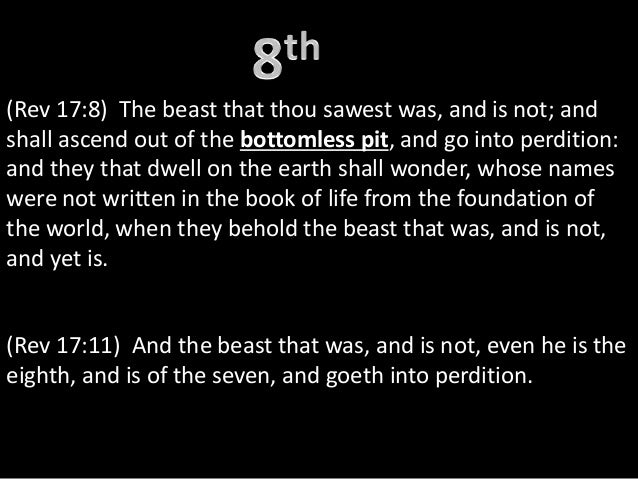 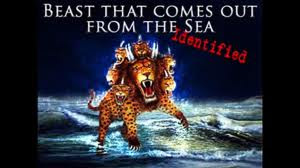 by steven masone
In the book of Daniel, the time of the end, begins in Ch 11-vs 20." Then shall stand up in his estate a raiser of taxes in the glory of the kingdom: but within few days he shall be destroyed, neither in anger, nor in battle."

In "a few days refers to a short time. Revelation 13 also describes this scenario..And there are seven kings: five are fallen, and one is, and the other is not yet come; and when he cometh, he must continue a short space. 11And the beast that was, and is not, even he is the eighth, and is of the seven, and goeth into perdition.(Rev 13 mortal head-wound) 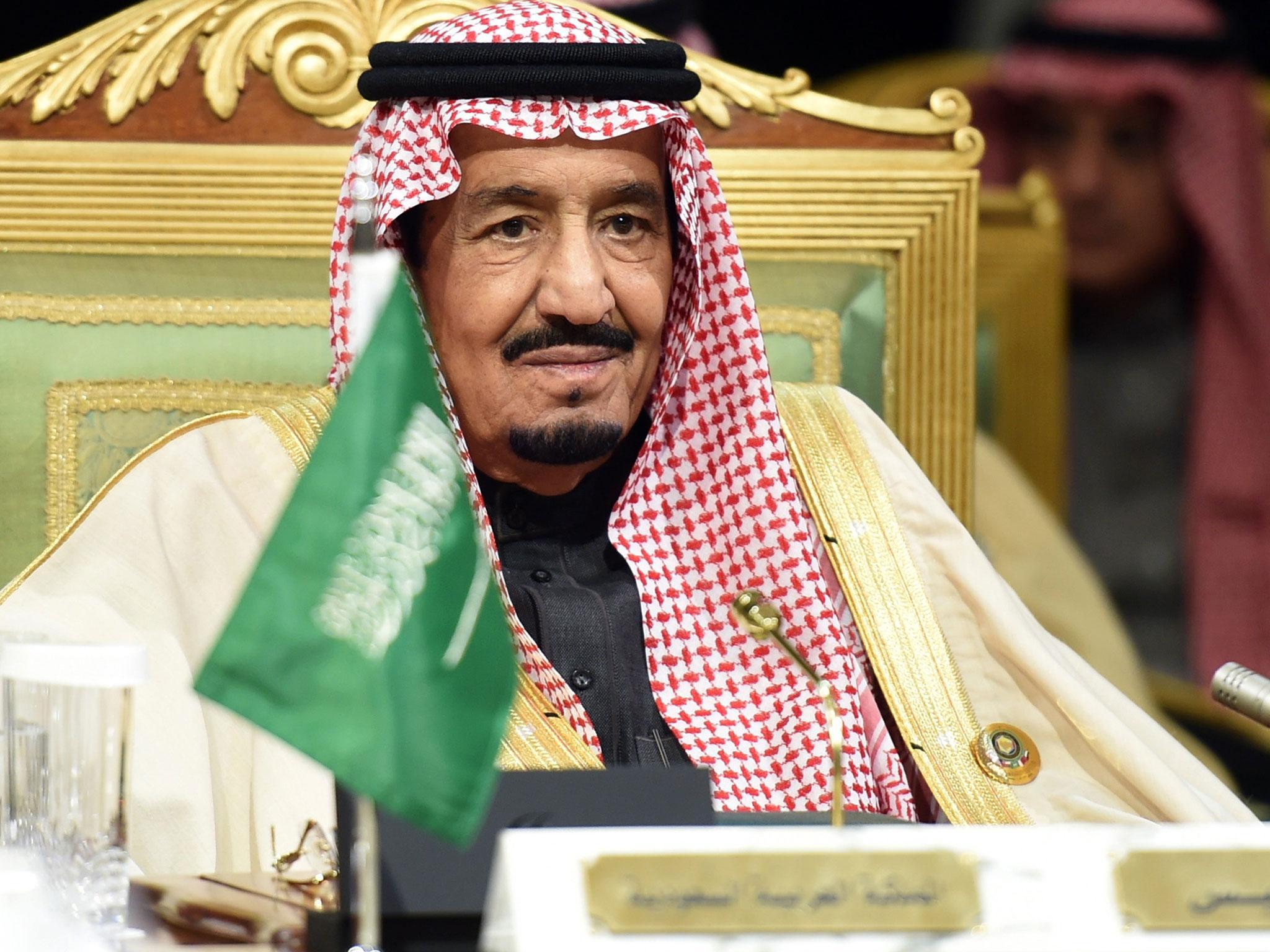 The King Salman on the throne since 2015 is said to have Alzheimer's disease and the other royals want him removed.  http://www.independent.co.uk/news/world/middle-east/saudi-arabia-power-struggle-between-king-salman-and-mohammed-bin-salman-could-bring-down-the-a6706801.html 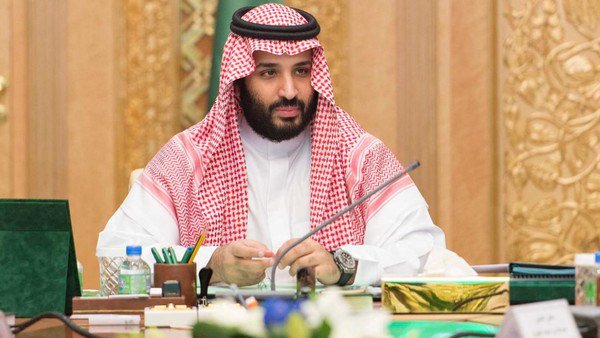 The King has since fired the heir apparent son and installed younger son, Mohammad bin Salman, as Crown Prince.


21 "And in his estate shall stand up a vile person, to whom they shall not give the honour of the kingdom: but he shall come in peaceably, and obtain the kingdom by flatteries." (popularity)


So right now, the Crown Prince is running the Kingdom, but does not have the honor of the Throne as King, while his father is ill and kept from public eye. Peaceably because there was no coup or assassination that has occurred in the Saud family several times when agenda's were not settled peaceably.


22 "And with the arms of a flood shall they (His royals who don't recognize him as Crown Prince) be overflown from before him, and shall be broken; yea, also the prince of the covenant.( Crown Prince rounding up Princes and many are fleeing)
23 And after the league made with him he shall work deceitfully: for he shall come up, and shall become strong with a small people.(League with Israel the smallest country in mid-east)
24 He shall enter peaceably even upon the fattest places of the province; and he shall do that which his fathers have not done, nor his fathers' fathers; he shall scatter among them the prey, and spoil, and riches: yea, and he shall forecast his devices against the strong holds, even for a time."( he is already spending billions on more freedoms and social reform and plans to attack Iran and Hezbollah)

Daniel 11:37 also points out that this Kings forefathers were either Jews or Christians who served the One true God vs 37: " Neither shall he regard the God of his fathers, nor the desire of women, nor regard any god: for he shall magnify himself above all."

Can the Saud family be traced to those lineages? Created by The Rothschild cabal to stabilize their Oil interests in Arabia.

Before Islam: When Saudi Arabia Was a Jewish Kingdom

The first mention of Jews in the areas of modern-day Saudi Arabia dates back, by some accounts, to the time of the First Temple. Immigration to the Arabian Peninsula began in earnest in the 2nd century CE, and by the 6th and 7th centuries there was a considerable Jewish population in Hejaz, mostly in and around Medina, in part because of the embrace of Judaism by such leaders as Dhu Nuwas (who was very aggressive about converting his subjects to Judaism, and who persecuted Christians in his kingdom as a reaction to Christian persecution of Jews there by the local Christians and Abu Karib Asad.[1] According to Al-Masudi the northern part of Hejaz was a dependency of Kingdom of Judah[2], and according to Butrus al-Bustani the Jews in Hejaz established a sovereign state[3]. The German orientalist Ferdinand Wüstenfeld believed that the Jews established a state in northern Hejaz[4].https://en.wikipedia.org/wiki/History_of_the_Jews_in_Saudi_Arabia

SAUDIS ARE CRYPTO-JEWS & ARE NOT ARABS . And George Galloway tells the TRUTH!

1969 AD: Current Saudi Arabia’s imposter rulers and their cult of Wahhabism are originally of Jewish origin – The Donmeh Jews from Turkey. On a Cairo Broadcast of Saudi King Faisal Al-Saud he confirmed Saudi Jewish Ancestry by openly declaring, also in WASHINGTON POST, stating: “WE, THE SAUDI FAMILY, are COUSINS OF THE JEWS: we entirely disagree with any Arab or Muslim Authority which shows any antagonism to the Jews; but we must live together with them in peace. Our country (ARABIA) is the fountain head from where the first Jew sprang, and his descendants spread out all over the world.”https://concisepolitics.com/2016/04/28/the-documented-jewish-roots-of-saudi-royal-family/

10 There are also seven kings. Five are fallen, one is, and the other has not yet come; but when he does come, he must remain for only a little while.(current King only since 2015) 11 The beast that was, and now is not, is himself an eighth king. He belongs to the other seven and is going into destruction. 12 The ten horns you saw are ten kings who have not yet received a kingdom, but will receive one hour of authority as kings, along with the beast." Rev 18:11.

The Royal family of Saud has ruled Saudi Arabia since 1932. The current King has been King a short time since 2015. He will abdicate giving the throne to his son. His son, Crown Prince Mohammed bin Salman, commonly referred to as “MBS”, already holds key positions within the government and has promised to usher in sweeping changes such as granting more rights to women and returning to a “moderate Islam.”

When the Crown Prince takes over from the King and becomes the eighth King, with a covenant made with Israel he will defeat and destroy all of the Shiites in the Middle East. After he has won, he will then break the Covenant he made with Israel and go after the Glorious land as described in Daniel chapter 11. The kings of the East who are Pakistan, India, and others who have nuclear power from the East to back up their invasion, will fulfill scripture by coming down the dried up Euphrates to meet at the battle of Armageddon in order to get the oil their countries need in this last World War 3 Armageddon scenario.


The eighth King will rule in The Name of Allah! " 18 Here is wisdom. Let him that hath understanding count the number of the beast: for it is the number of a man; and his number is Six hundred threescore and six." Rev 13:18

This is fresh discovery from earlier, just today. With Saudi Arabia joining forces with Israel to stop Iran from taking over middle-east, with U.S. backing, Russia /Gog with Iran...is setting up fulfillment that is right out of Daniel Chapter 11. Then this eighth King turns on Israel as their War-covenant is broken! Revelation refers to him as the Beast! Yet, one Beast rises from the sea, and another from the earth. Rev 13 describes the Beast from the sea as the Antichrist, and the Beast from the earth as the False Prophet.

The eighth King will rule in The Name of Allah! " 18 Here is wisdom. Let him that hath understanding count the number of the beast: for it is the number of a man; and his number is Six hundred
threescore
and six." Rev 13:18

The traditional eschatological views and theories have been re-thought and reformed greatly in just the last twenty years with the rise and threat of Islamic ideology.

Now we must explore new schools of thought regarding the Daniel 11:40, where the king of the north connects with the Ezekiel 38 Gog of Magog invasion. Some believe because this invasion is led by Russia in the latter years (Ez. 38:8) from the uttermost parts of the north as per (Ez. 38:15), that this king is a Russian rather than a Syrian. 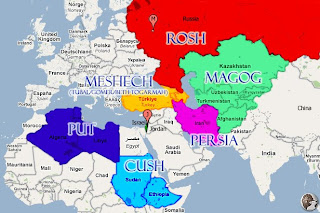 (Map of Ezekiel 38 invaders
However, it is possible that the fulfillment of Ezekiel 38 may also occur prior to the events described in Daniel 11:40. Many commentaries suggest that Daniel 11:40 occurs during the final three and one-half years of the Great Tribulation period. Also, that the Ezekiel 38 invasion occurs prior. If so then the Daniel 11:40 king of the north may turn out to be neither Syrian nor Russian.

Furthermore,  the destruction of Damascus as per Isaiah 17:1, and Ezekiel 38 occur prior to the fulfillment of Daniel 11:40, the geopolitical Mideast and world landscapes could be entirely different then, than what we see today. Major portions of land, natural resources,  governments, and national wealth, are changing from month to month in the middle east! There will be land grabs that may extend beyond the Middle East into territories currently possessed by the Ezekiel 38 invaders of Russia, Iran, Ethiopia, Libya, Turkey, etc. 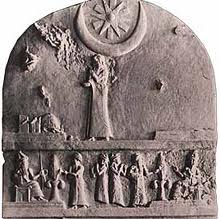 World powers in place might seize the  sovereignty over the damaged lands, defeated peoples, and destroyed governments of the war torn nations. Thus, wide scale political debate and / or military debacle should be expected in the aftermath of these powerful prophetic wars.

Additionally, the ten future Kings described in Daniel 7:24 and Revelation 17:12 will probably be presiding over the world on or about the time of these territorial disputes. Some scholars suggest that the world is eventually
zoned into ten  provinces for these ten kings. 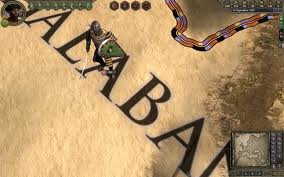 In the backdrop of all the above, undoubtedly, Israel will annex more Holy Land. This is what they did in the aftermath of the six day war in June of 1967. Israel nearly tripled its size then and stands to quadruple its size after victories in Psalm 83 prophesies and Ezekiel 38 & 39. However, as is the case today, these future world leaders will contest Israel’s rightful claims, as many do today. These ten kings will probably seek their say as to how the future land of Israel will be divided.

It is possible that a similar scenario could manifest in the Mideast soon, like what occurred with the collapse of the Ottoman Empire in 1917. The French and British obtained greater sovereignty over much of the Middle East. These were two kingdoms existing among many others at the time. They could be likened to a precursor of two future kings or kingdoms among ten total kings or kingdoms ruling in the last days. Ultimately, Arab and Persian opposition eventually caused the French and British to relinquish their Mideast holdings

Many commentaries  decipher the identities of these two of the future ten kings without considering all the geo-political realities. We are told in Daniel 7:20-24 that the Antichrist will subdue three of the ten kings. The Hebrew word is, “shephel” and it is only used by Daniel in the Old Testament. (Dan. 4:37,5:19,22) – Daniel 11:40-45) 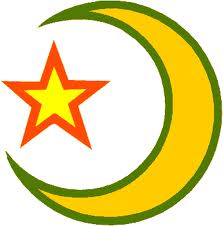 Daniel 11:40 appears to tell us how at least two of three subdued kings meet with their end. Antichrist overwhelms them and then makes his way into the Glorious Land according to Daniel 11:41. The Glorious Land  includes a much GREATER ISRAEL at the time. This Greater Israel will likely possess parts of Jordan (Jeremiah 49:2), Southern Syria (Isaiah 17:1,9), and Northern Egypt (Isaiah 19:18) at the time. This future Greater Israel may be more representative of the Promised Land described in Genesis 15:18 and could be why Daniel labels it the “Glorious Land”. 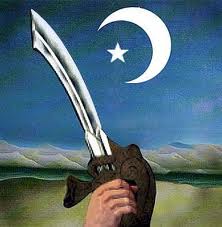 Thus when Daniel 11:40 identifies two kings, they are probably two of these ten end time’s kings. Therefore, it is quite possible that these two kings are sovereign over greater kingdoms than modern day Egypt and Syria, as was the case with Britain and France after the collapse of the Ottoman Empire. 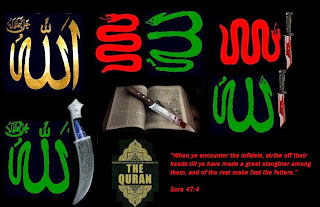 The Royal Saudi Family has control of the entire economy of Saudi Arabia.  They are dependent on oil and has strong government control over major economic activities. The Saudi economy is the largest in the Arab world. Saudi Arabia has the world's second-largest proven petroleum reservesand the country is the largest exporter of petroleum. It has also the fifth-largest proven natural gas reserves. Saudi Arabia is considered an "energy superpower". It has third highest total estimated value of natural resources, valued at US$34.4 trillion in 2016

Using the Gematria calculator if you insert ISLAM'S GOLD into it, the English version is 666http://www.gematrix.org/