Clinton And The Mena Cover-up 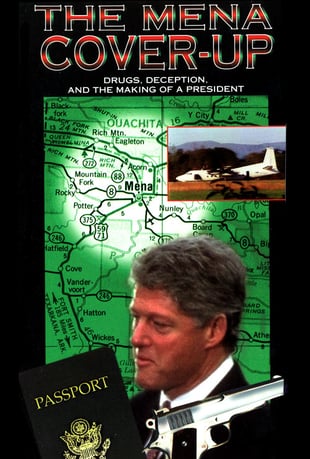 (Kevin Coney 1988-89 Murdered Six Ark. people who came forward with info about the
Gregory Collins death of 2 teens near the Mena operations. All killed
Kieth McKaskle before testifying. Stabbed, shotgunned or burned.
Jeff Rhodes Local detective, John Brown, reportedly solved the
Richard Winters case and gave findings to FBI which sat on them.
Jordan Ketelson According to Brown, "We Know who killed these kids.
The reason this case has been stopped ... is because it
tracks to Bill Clinton being involved in the cover-up".
Kevin Ives 08/87 Murdered Two Bryant, Ark teens who saw too much of the Mena
Don Henry air drops. Found on train tracks. Initial report said
they fell asleep and was made by a state coroner
appointed by Bill Clinton. Parents protested and after
months, had the boys exumed and re-examined. Cause
of death then changed to murder, the boys having been
stabbed and skulls crushed before the train arrived.)
at 1:27 AM