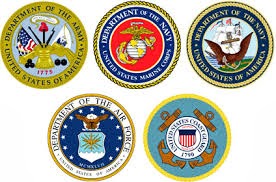 
The Veterans Affairs Department has asked for new legislation that would let it pay for private health care for veterans who live near a VA clinic but can't get the treatment they need because it's not offered at that location.
VA Deputy Secretary Sloan Gibson told the Senate Veterans' Affairs Committee Tuesday that vets are "frustrated" with the VA Choice program, particularly the requirement that measures eligibility by a veteran's proximity to any VA health facility — even those that are not full-service medical centers.
Gibson said many veterans are excluded from the program because of this provision in the law and few have applied for waivers to the rules.
"Many veterans are frustrated with the Choice program," Gibson said. "Such confusion leads to lower use of Choice."
The VA announced earlier Tuesday that it will change another aspect of the program, the definition of the 40-mile distance rule for veterans to access the Veterans Choice program.
Instead of using an "as the crow flies" measure of 40 miles, VA will rely on actual driving distance from a VA medical facility as the qualifier to use the program.
Some lawmakers expressed skepticism that VA needs formal legislation to make the change to accommodate veterans who live within the 40-mile distance but can't get the care they need.
But lawmakers pledged to make the fix. Sen. Johnny Isakson, R-Ga., chairman of the Senate committee, said his staff would work with the staff of the committee's ranking Democrat, Sen. Richard Blumenthal, D-Conn., to draft legislation in the next two weeks.
"The faster we act on that, the better off we are. I don't think there's any disagreement on the committee," Isakson said.
VA officials say the department distributed nearly 8 million VA Choice Cards when the program was initiated in November 2014. To date, it has approved about 46,000 requests for care and managed 44,461 appointments.
VA has a process to get patients to private care if they face undue burdens accessing VA care, but only 125 have asked for a waiver so far, Gibson said.
"It's our program, and we're working hard to improve it, to quickly overcome issues as we discover them and to ask for your assistance in areas where we need help," Gibson told the senators.
He said next month VA will send teams to facilities in some areas served by private contracts to analyze why they have long wait lists for care but few Veterans Choice referrals.
He also asked Congress to update the laws that allow VA to enter into agreements for providing care through civilian doctors.
"This change would let us streamline and speed up how we purchase care for an individual veteran," Gibson said.
Representatives of veterans' advocacy groups who testified at the hearing said they're delighted that VA decided to change the criteria for enforcing the 40-mile rule — a change that VA says will take effect in the coming weeks — but still harbor some concerns about VA's support of the Choice program.
"Seems to be a problem of following the letter of the law instead of the spirit of the law," grumbled Roscoe Butler, the American Legion's deputy director for health care.
Blumenthal also expressed concern that regardless of future legislative changes, VA might find loopholes to deny veterans care. He urged the department to act quickly in helping veterans use the program.
"This is not a threat to VA," Blumenthal said. "It's a different mode of helping serving the health care needs of veterans."
http://usveteransvoice.blogspot.com/
at 3:50 PM