For the second year in a row, the California drought will cause millions of salmon to take a road trip. Around 12 million juvenile Chinook salmon could be trucked starting this week from the Coleman National Fish Hatchery in Anderson, California, down at least 180 miles to other sites on the Sacramento River. "Doing this two years in a row, it's unprecedented," Steve Martarano, a public affairs specialist with the U.S. Fish and Wildlife Service, told NBC News. Typically, the salmon are released into the nearby Battle Creek tributary, but California's long-lasting drought has made the area inhospitable to juveniles. Starting this week, many of the young fish, called smolts, will be transported in specially retrofitted trucks capable of carrying 2,800 gallons of water to Rio Vista, Mare Island and San Pablo Bay. 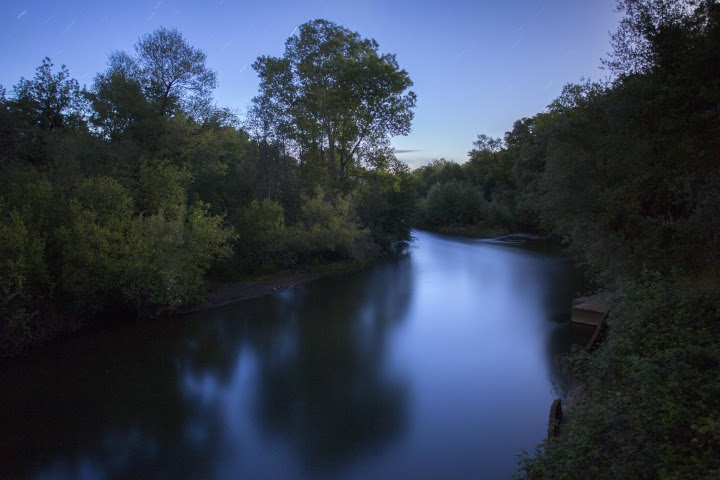 The Coleman National Fish Hatchery is sited two miles upstream from this view of Battle Creek, a tributary of the Sacramento River. When the salmon aren't being trucked, they're released directly from the hatchery into these waters. Fish hatcheries in Northern California exist generally to mitigate habitat loss from the construction of dams, which flood prime breeding ground for salmon.

Officials stressed that this was a last resort. Transporting the smolts in trucks increases the chances that they will stray and never find their way back to the hatchery. "If we released them on-site, we would probably lose them all," Martarano said. "This is not something we like to do." Similar operations have taken place in the past on a smaller scale. In 2011, 1.3 million salmon were moved from the Coleman National Fish Hatchery. Last year that number jumped to 7.5 million. That was just a fraction of the 25 million salmon that were transported by truck in 2014 from five fisheries statewide.
at 7:36 PM