The Veterans Independence Act: Vets Way Out Of Socialized Medicine 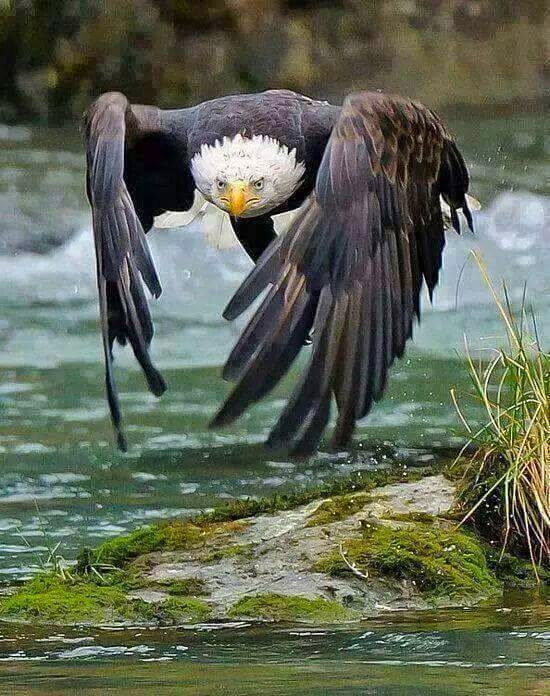 Few Americans who read a newspaper didn’t hear about last year’s Veterans Health Administration scandal, in which VA officials manipulated patient waiting lists in order to deny care to ailing veterans. I observed at the time that the VA’s brand of government-run medicine was far worse than Obamacare. And I questioned why lawmakers hadn’t done more to reform veterans’ health care. Today, Concerned Veterans for America ispublishing the most comprehensive effort in decades to reform the VA, and to ensure that veterans gain access to the same high-quality health care available to most Americans.
‘The most politically hidebound and sclerotic’ government agency
Government programs are notoriously hard to reform. But the VA is in a class all its own. In 1994, President Clinton tapped Kenneth Kizer of the University of Southern California to lead the VHA. “There was universal consensus,” Kizer later told Phillip Longman, “that if there was one agency that was the most politically hidebound and sclerotic, it’s the VA.” Last year, I noted how an innocent suggestion by Mitt Romney on VA reform turned into partisan attack ad:

On Veteran’s Day in 2011, Mitt Romney met with a group of veterans in South Carolina. The vets shared with him their difficulty in getting treatment from VA hospitals. Observed Romney, “If you’re the government, they know there’s nowhere else you guys can go. You’re stuck. Sometimes you wonder if there would be some way to introduce some private-sector competition, somebody else that could come in and say, you know, that each soldier gets X thousand dollars attributed to them, and then they can choose whether they want to go in the government system or in a private system with the money that follows them.”
For this innocuous and appropriate suggestion, Romney was pilloried by the usual suspects on the left—but also, inexcusably, by the Veterans of Foreign Wars, whose spokesperson said, “The VFW doesn’t support privatization of veterans’ health care.” Romney, stung by the VFW’s rebuke, walked back his suggestion, and Republicans have stayed silent on it ever since.

After that article came out, I got a call from Pete Hegseth, CEO of Concerned Veterans for America. Pete asked me to put my money where my mouth was, and co-chair a task force on veterans’ health reform. Other participants included former Sen. Bill Frist (R., Tenn.), former Rep. Jim Marshall (D., Ga.), and former VHA chief Mike Kussman.
Our basic idea was the same as the one that millions of veterans—and civilians like Mitt Romney—have proposed: why not put vets in charge of the dollars the VA spends on them? It’s a simple idea in theory, but it’s harder than it looks.
Lawmakers have tried several times in the past to reform the VA along these lines. They’ve run into three basic problems: (1) the veterans’ service organizations, like the VFW, have opposed reform; (2) the Congressional Budget Office has scored previous reform efforts as increasing the deficit; (3) the VHA’s officials have feared that if veterans obtain private health care, the VHA’s facilities will wither. We went about addressing each of these issues.
An overwhelming majority of vets want reform
The leaders of traditional veterans’ service organizations, like the Veterans of Foreign Wars and the American Legion, have long opposed reform, illustrated by the Mitt Romney vignette above. But officials from these older organizations are increasingly out of step with what rank-and-file veterans actually want.
Last fall, Concerned Veterans for America and the Tarrance Group conducted a nationwide survey of over 1,000 veterans. 88 percent of respondents agreed that eligible veterans should be given the choice to receive medical care from any source that they themselves choose. 95 percent said it was “extremely” or “very important” to have the option to seek the best possible care, even if that means getting that care outside a VA facility.
Most impressively, 77 percent of veterans thought it was “extremely” or “very important” to give veterans more choices in their insurance products, even if those alternatives involved higher out-of-pocket costs like co-pays and deductibles.
So, the next time you hear a VA or VSO official claim that vets don’t want private options, you know they’re not telling the truth.
But that doesn’t mean that all vets dislike VA-based care. And so it is important for any reform to ensure that those who prefer traditional VA care can continue to obtain it.
Private care may be costlier than VA-based care
It’s widely believed that VA-based care is less costly than private care. In a December 2014 report, the Congressional Budget Office found that “limited evidence and substantial uncertainty make it difficult to reach firm conclusions about those relative costs or about whether it would be cheaper to expand veterans’ access to health care in the future through VHA facilities or the private sector.”
Nonetheless, for those who use it, the CBO assumes that private care is more expensive. That doesn’t mean that VA care is better, but it does mean that previous efforts to offer vets private options have run aground on fiscal considerations.
Our proposal—the Veterans Independence Act—strives to achieve deficit neutrality through two mechanisms. First, the plan’s private coverage options include some co-pays and deductibles, unlike traditional VA care, which requires no patient cost-sharing. Second, the plan makes an effort to restructure the VHA’s hospital and clinical facilities. More on that in the next section.
Accountable care for veterans
If we were starting from scratch, and trying to offer health coverage to veterans, it would be ludicrous for the VA to build its own network of proprietary hospitals and clinics. But the VA system evolved before the broader U.S. hospital system did, and so the VA has its own federally-run hospitals.
The interesting thing about the VA hospital and physician network is that it resembles a model that interests a lot of health reformers: that of accountable care organizations, or ACOs. ACOs don’t by themselves save any money, but they do hold out the promise of higher-quality health care, because they make a strong effort to coordinate the care that patients get if and when they have multiple doctors looking out for them.
The Veterans Independence Act proposes to turn the VA’s health care facilities into a new Veterans Accountable Care Organization, or VACO. VACO could be required to report how it’s performing on health quality benchmarks, and compare its performance to leading private-sector ACOs like the Cleveland Clinic and the Mayo Clinic.
In addition, the Act proposes to give VACO institutional independence from the Department of Veterans Affairs. As a government-chartered non-profit corporation, VACO could have more latitude to close unused hospitals and improve well-used ones. An independent panel, modeled after the Defense Base Realignment and Closure Act of 1990 (BRAC), could formalize that independence.
The VIA phases in its private coverage options for veterans, so that VA hospitals can adjust to a reformed system. For the first five years under the law, only veterans with injuries connected to their military service would be eligible for private coverage. After that, all remaining eligible vets would gain the same options.
Finally, vets using VA-sponsored private insurance will get a discount if they obtain care from VA facilities: neither co-pays nor deductibles. As a result, there won’t be a rush to the exits among veterans who use the VA system today.
A careful, crafted proposal
The full proposal is highly detailed, and I don’t want to put you to sleep; if you’re interested in learning more, you can download the report yourself. But we feel that we’ve anticipated the major political and policy problems that have stymied previous reform efforts. We’ll find out in the next few days if we were right.
at 9:13 AM