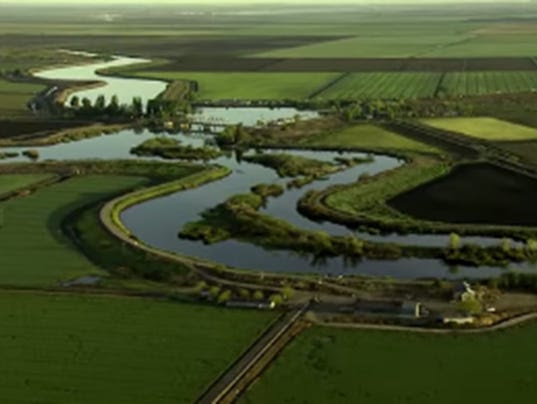 (Photo: Bay Delta Conservation Plan)
42CONNECT 1TWEETLINKEDINCOMMENTEMAILMORE
CLARKSBURG - For the second year in a row, the California Department of Water Resources is considering putting rock barriers in place to protect the Sacramento-San Joaquin Delta from ocean tides that bring in salt water.
The rock barriers would stretch across three spots along the inner delta -- two channels near Clarksburg and one at the False River near Oakley. 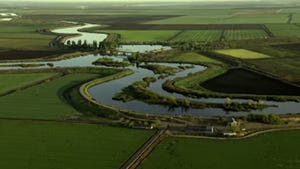 NEWS10
California may dam 3 Delta channels if drought persists
"That gives us an opportunity to basically back up some of that water into our reservoirs so we can reserve it for both supply needs and fishery needs later in the fall," DWR Day-Delta Office Chief Paul Marshall said.
The plan was considered in 2014, but spring rains made it unnecessary. Marshall said there is a one percent chance the barriers will be built this year. If the barriers are needed, construction would begin in May or June.
"A couple of good storms similar to what we got back in December, we would be out of the woods," Marshall said.
The idea was tried back in the extreme drought of 1976 and 1977 -- concrete barriers succeeded in keeping salinity out of parts of the Delta and kept more water stored and available upstream.
The plan is specifically intended to keep major Delta water users from ending up with brackish, or too-salty water.
Farmers would also benefit from fresher water that won't damage crops or soil.
But some farmers on the Delta's west side worry they might lose out on their fresh water supplies, especially if they are below the barriers being installed.
"There's definitely gonna be an adverse affect," Wind Turbine Vineyards owner Dennis Wong said.
Wong's fields are above the proposed barrier locations to the north; but, he worries that salinity and less water flow below the barriers could be big trouble for others.
"They could be ruined, quite frankly, you know. No water, no crops and it could ruin the land as well," Wong said.
Marshall acknowledges water levels could be lower, but he said culverts at the barriers would provide for farmers down river.
"It would be fresh water for them, and they would still be able to stay in production," Marshall explained. "But, we would still be able to divert more water over to the eastern side of the Delta and keep it fresh."
at 10:11 PM