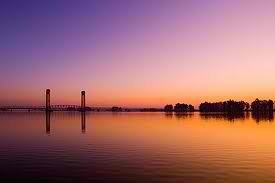 2013 is the driest year on record.
By: Sharon Bernstein, Reuters
PreviousNext
view all offers | sign up for email offers | add your business

Water is transferred from the Sacramento River through an irrigation station and into farm fields in the Sacramento San Joaquin River delta near Isleton, Calif., Sept 4.

To nurture his acres of pistachio trees, Tom Coleman has long relied on water from California’s mountain-ringed reservoirs, fed by Sierra streams and water pumped from the massive Sacramento-San Joaquin Delta.
But the driest year on record has left the reservoirs so depleted — and the delta so fragile — that state water officials say they may be able to provide just 5 percent of the water he and others were expecting for next year.
Other sources of water, including resources from a federal project that also pumps from the delta, are also drying up, prompting cities to dip into reserves and forcing farmers to scramble.
“It’s scary, because you don’t know how you’re going to come up with the balance of your water,” Coleman says. Recently, he agreed to pay $160,000 for water from other sources, about three times the amount he usually spends.
The water districts that supply Coleman and farmers like him in the state’s San Joaquin Valley were told that barring an unexpectedly wet winter, the state would be able to provide 5 percent of the water that districts had contracted to buy for next year.
A federal project that also controls water in the state has not yet said how much will be available in 2014, but its allocations are also expected to be low.
“We hope things improve with this winter’s storms,” says Mark Cowin, director of the California Department of Water Resources. “But there is no guarantee that 2014 won’t be our third consecutive dry year. The allocation is a stark reminder that California’s fickle weather demands that we make year-round conservation a way of life.”
This year is shaping up to be the driest on record in California, officials say, and urban areas are also feeling the pinch. The Metropolitan Water District, which serves about half of heavily populated Southern California, has been using reserves to meet residents’ needs, and plans to do the same next year, says spokesman Bob Muir. If 2015 is also dry, rationing may be required, he says.
“We not only import water from Northern California, but we also get supplies from the Colorado River,” Muir says. “They both face dry conditions.”
Water has long been a contentious issue in California, where it has been diverted from mountain lakes and streams to irrigate farms and slake the thirst of metropolitan areas. Many of the state’s efforts to deal with the problem are controversial, including a long-awaited plan, due out this month, to preserve access to water while protecting the Delta.
For many in the state’s $44.7 billion agriculture business, water scarcity is a problem made worse by a recent switch to orchard-style crops such as almonds and olives. Unlike vegetables or cotton, which grow in fields that can be left fallow in dry years, the trees need water every year.
“The significant dilemma for a lot of farmers in California is that many of them grow crops now that are permanent crops,” says Mark Atlas, a water attorney with the firm Downey Brand. “They’re orchards or vineyards that you can’t just let go dry.”
Shriveled almonds
John Blackburn, who has been growing almonds for more than 40 years in the western part of Fresno County, has already seen the results of the past two dry years: small, shriveled fruit and water that costs three or more times its usual price.
His farm is served by a federally administered water project that pumped about 424 billion gallons from the Delta last year, according to government data. The Bureau of Reclamation, which runs the project, has not yet decided how much customers will get next year, but water brokers are projecting that some will get none at all, a spokesman says.
Blackburn could use well water instead, but it contains salts and the mineral boron, which harm almond trees. A low water allocation next year could put him out of business.
“I bought and developed our farm out here in 1972,” he says. “I raised a family of seven children and step-children, and most of them went to college and I just turned 80 — so I’m really not looking forward to going broke at this point.”
Underlying the water problems are environmental issues in the Delta, where years of pumping have damaged habitat for smelt and hampered the ability of salmon to swim upstream to spawn.
Two decades ago, environmental officials invoked the U.S. Endangered Species Act, insisting that the Delta have enough water to sustain its ecosystem before any could be pumped.
After that happened, around 1990, farmers began to get less water than they had contracted for each year, says Jeanine Jones, a California Department of Water Resources manager.
And conflict between farmers and environmentalists grew.
In the San Joaquin Valley, hand-painted signs take stabs at the Endangered Species Act. “Congress mandated dust bowl,” reads one. In grape-growing Sonoma County, an environmentalist-planted sign fires back: “Vineyards suck ... water.”
Sierra Club lobbyist Kathryn Phillips says plenty of California farmland has access to water from the Sierra Nevada mountain range. Large farms, she says, need not be in the state’s drier areas.
“I don’t think the environment or the ecosystem should suffer because of some business decisions that large agricultural interests have made that don’t work in drought years,” Phillips says.
at 7:09 PM