The Army is launching a "Hire a Veteran" campaign aimed at debunking the myth that all combat veterans from the Iraq and Afghanistan wars are somehow emotionally damaged. 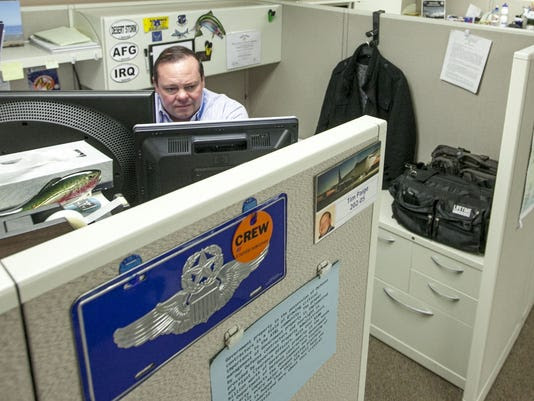 Military leaders and veterans' advocates worry about hidden hiring discrimination against Iraq and Afghanistan war vets by employers who see the veterans perhaps as emotionally damaged.
A key fear is how this could be contributing to stubbornly higher joblessness among the generation that volunteered to serve in the military after the 9/11 attacks. Because employers are barred by law from asking job applicants about mental health conditions, many assume that any veteran can be afflicted with post-traumatic stress disorder (PTSD) although the vast majority returned from war without emotional problems, researchers and veterans advocates say.
"There is a need to be concerned about this issue and this stigma," says Kevin Schmiegel, a retired Marine lieutenant colonel and executive director of the U.S. Chamber of Commerce's Hiring our Heroes program.
The Army is launching a "Hire a Veteran" campaign aimed partly at "debunking some of the myths around hiring disabled veterans," says Nancy Adams, Army transition manager. "This should not be an issue."
Leading corporate hiring managers have told researchers they fear these veterans might fly into a rage or "go postal." As a consequence, veterans say they've seen blatant discrimination.
"They didn't even hide it," says Timothy "Rhino" Paige, a former Air Force pilot who developed PTSD in 2005 when he transported the remains of slain Americans on his C-130 in Iraq. 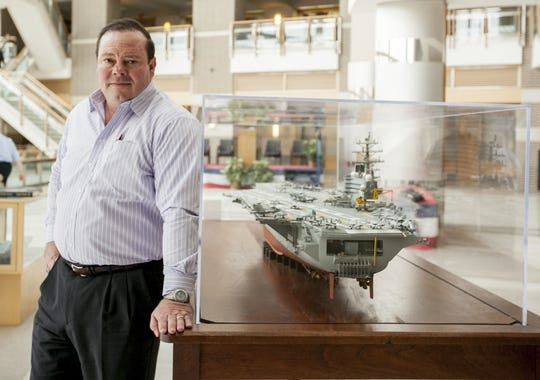 Timothy "Rhino" Paige, a 26-year Air Force veteran living with PTSD, stands near a model of the USS George H.W. Bush at Patuxent River (Md.) Naval Air Station.
When Paige sought federal work in Colorado in 2010 under laws offering disabled veterans preferential hiring consideration, he says he didn't even get an interview. Paige, 49, today a civilian employee with the Navy, said that federal employers back in 2010 "were straight out, 'We don't want disabled veterans and the problems that come with them.'"
Research published last year suggests that misconceptions about PTSD and veterans are a factor in hiring decisions.
Researchers from the Center for New American Security, a Washington, D.C.-based think tank, interviewed executives of 69 leading corporations, including Bank of America, Target, Wal-Mart, Procter and Gamble, and Raytheon. All said hiring veterans can be good for business, but more than half acknowledged harboring a negative image of veterans because of how popular media — from news coverage to films — portray PTSD.
Margaret Harrell, a co-author of the June study, says she's seen no evidence of changing attitudes.
Her findings mirror those of the Society for Human Resource Management, the nation's largest association of personnel managers, which published survey results early last year showing that about one in three employers see PTSD as an impediment to hiring any veteran.
Government and private researchers estimate that PTSD is present in 5%-20% of the 1.6 million veterans who served since 9/11. The Department of Veterans Affairs, which has treated about 56% of those veterans, reports 117,000 diagnosed cases.
Even among those who have the disorder, their conditions are no better or worse than the estimated 7.7 million Americans suffering from the illness as the result of non-combat trauma, such as car accidents or sexual assault, Adams says.
In job settings, PTSD can be easily accommodated by steps such as allowing time for therapy or avoiding confining work environments, according to the Labor Department.
Advocates worry this message is not getting through to employers.
While joblessness among post-9/11 veterans declined from 12.1% in 2011 to 9.9% last year, it remained well above a labor force rate of 7.8% or 7% among all veterans last year. About one in nine veterans who served in Iraq or Afghanistan were without work late last summer, government statistics show.
During the first quarter of this year, an estimated 220,000 Iraq- and Afghanistan-era veterans were without work, according to the Bureau of Labor Statistics on Friday. That is an increase from the first quarter of 2012, when an estimated 185,000 were jobless.
An initiative led by first lady Michelle Obama last year enlisted 2,000 American companies to promise they would hire or train 125,000 veterans or their spouses.
But advocates say that despite good corporate intentions, bias can lurk at lower company levels where hiring decisions are made.
"Middle manager ... is where the problem lies," says Robert Turner, who recently co-founded veteran recruitment firm KCK with Carlton Kent, a former sergeant major of the Marine Corps. "You have to convince the middle of the company how to accept these folks and how to work with them and how to make them successful."
Shannon Williams last year became program director of a recruitment effort at health care giant UPMC, one of Pennsylvania's largest employers. Part of her work is recruiting disabled veterans. She says a key challenge was educating middle managers that veterans with PTSD can be easily accommodated and productive hires.
Williams says directors of nursing units or other medical offices openly expressed concern about the safety of patients if veterans with PTSD were hired. One worry, for example, was that the sound of a monitoring device when a patient flat-lines might trigger a worker with PTSD to shut down during the emergency, putting a patient's life at risk, Williams says.
"With the managers, we just talk them through the situation," she says, "explain to them differences between the reality of PTSD and what is fabricated (by popular culture) out there."
Discriminatory attitudes left Paige, the Air Force pilot, dispirited. "I got angry and kind of lost faith in the whole system," he says.
He and other veterans turn to non-profit organizations such as the Wounded Warrior Project, which continually shop their résumés to prospective employers until offers come through.
A few months ago, Paige, who has a master's degree in logistics and 25 years as a pilot, took a job in acquisitions for the Naval Air Systems Command at the Patuxent River Naval Air Station in southern Maryland.
Between assistance from Wounded Warrior Project and being embraced by his current employer, Paige says his world has turned around.
"The guy that helps you get a job is powerful," he says of those who helped him find a path around discrimination against veterans with PTSD.

"The bias is even present in VA programs"  said Steven Masone of Veterans Voice Of America (VVOA)  "Many non-combat veterans who now work for the VA in programs are misinterpreting guidelines,  discriminating against veterans by not allowing them to take leadership in employment and even volunteerism ."

"As a former combat veteran, there is a frustration among us combat vets that desk Jockey condescending attitudes from non-combat employees and those who never served, has been embedded in the VA bureaucracy as well as it was in active service. And that is unacceptable!" he said. "Many VA Hospitals and programs have employees that disdain the military, some act as if they are owed something, while others are the stereotypical lazy bureaucrats who just don't care."
Masone also is President of AMERICARE INTERNATIONAL, an advocacy rights organization for Americans with disabilities.  Mr. Masone formed AMERICARE INTERNATIONAL while fighting for his daughters disability. The first legal case AMERICARE won was a landmark case related to second hand smoke and custody issues.

His was the first case where a Judge ruled the asthmatic  child's right to be free from exposure to second hand smoke, warranted custody removed from the smoking parent who continued to smoke around the child. see Time Magazine article http://www.time.com/time/magazine/article/0,9171,979461,00.html

Many other cases involving  ADA (Americans With Disabilities Act) violations have been successfully  won by AMERICARE... several are in litigation at this time. Steven Masone says, "AMERICARE will begin working with more Veterans cases soon."
at 8:47 PM