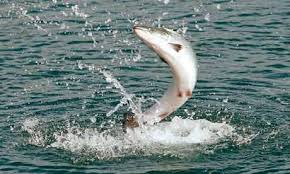 TAXPAYERS, ANGLERS WOULD SUFFER MOST

Print Email
By Guy Carl
A hot topic in the California Legislature these days is the “peripheral tunnel” project designed to divert water to southern California farmers and cities.
This project is strongly opposed by many salmon advocates and other environmental groups due to the further harm it would inflict on the already embattled Sacramento-San Joaquin Delta system.
The project consists of twin tunnels that would capture water from the Sacramento River system in the north, send it underground beneath the natural Delta waterways, to then be deposited into the existing south Delta pump system. From there the water flows away from the Delta to serve southern California water users.
The tunnels are the centerpiece of the proposed Bay Delta Conservation Plan (BDCP), which is described by supporters as “a collaborative effort by government officials and water contractors to solve California’s water problems.”
The stated objective as defined by the California Legislature is to achieve two goals — providing a more reliable water supply for the State of California, and restoring the Delta ecosystem.
Supporters of the environment see it instead as a water grab disguised as a conservation plan.
With the south Delta pumps remaining fully operational, this dual conveyance configuration would divert water from both the upriver and south Delta locations simultaneously. The BDCP’s own estimates predict that average annual exports would increase by about 26 percent if the tunnel system were in place, compared to the current system alone. This means 26 percent less fresh water flowing into the Delta’s fragile ecosystem.
Water 4 Fish, an organization of fishermen and wildlife supporters, sees the process that was used to develop this proposal has having been severely flawed.
According to water4fish.org, “BDCP failed to consider the role which freshwater flows play in the health of the ecosystem. The State Water Board’s flow report makes it clear that the Delta ecosystem can’t be restored with current water exports, let alone even higher exports.”
John McManus, executive director of Golden Gate Salmon Association (GGSA), passes along grave concerns about the project’s benefit to Delta wildlife habitat.
“Federal wildlife agencies have made clear the BDCP, as currently planned, could spell extinction for salmon runs,” said McManus.
Central Valley farmers are pushing for the project as a means to stabilize their water supply. These farmers are touting the benefits to the California economy that will result from more available water, and therefore more available produce at more affordable prices.
One of the biggest supporters is the Westlands Water District in Fresno and King counties.
The value of produce grown in this district is estimated at $1.6 billion per year, which goes to support thousands of farmworker jobs as well as ancillary businesses throughout the state. They want more water so they can perhaps double that production.
On the other side of the coin is the state’s salmon industry, which would suffer and very possibly die off altogether if this project goes through. Currently, California’s salmon industry is valued at $1.4 billion in economic activity annually, supporting its own substantial workforce along with commercial fishermen, fish processors, marinas, coastal communities, equipment manufacturers, the hotel and food industry, tribes, and the salmon fishing industry at large.
“Tens of thousands of workers in this state rely on our salmon runs, which we’ll lose if the peripheral tunnels are built as currently planned,” said McManus.
“Whatever dollar figure the authors of the economic study would put on sending native salmon runs into extinction is one we would dispute.”
Oh and by the way, there is a hefty price to pay to put this plan in motion of choosing to support farmworkers over fishermen.
It is estimated that the tunnel project will cost approximately $24 billion in borrowed money, which will be funded by we the taxpayers of California for untold generations.
Sound like a good deal to you?
The BDCP recently released an economic impact report, which claims there would be a “net economic benefit to the State of California ... of $4.8 billion to $5.4 billion.”
By digging deeper into the data, it becomes clear that nearly all of the benefits will result from the spending of government money to construct and maintain the project.
This money will come from a combination of increased taxes, borrowing money (floating bonds), and increased water rates for all users (north and south).
Again, the ultimate payers of this bill are the tax-paying citizens of California, who are already the highest taxed in the nation.
“We don’t think the people of California support a multi-billion dollar project that will raise their water rates and rob them of their natural heritage, all to benefit a small number of wealthy San Joaquin Valley agricultural corporations,” continued McManus.
“The state needs to downsize this project so it doesn’t destroy the environment, then we can have a rational conversation.”
The proposed twin tunnel plan is just a bad idea, no matter how you look at it.
On behalf of the wild salmon of California (and the humans who enjoy them), please oppose this plan at every opportunity.
Guy Carl is a CPA and partner with BDCo Accountants and Advisors in St. Helena (www.bdcocpa.com).
Contact Guy at GC.
outdoors@sbcglobal.net.
at 8:28 PM