"Today, I invite all Californians to experience some small piece of the varied and magnificent land of California," proclaimed Governor Brown. 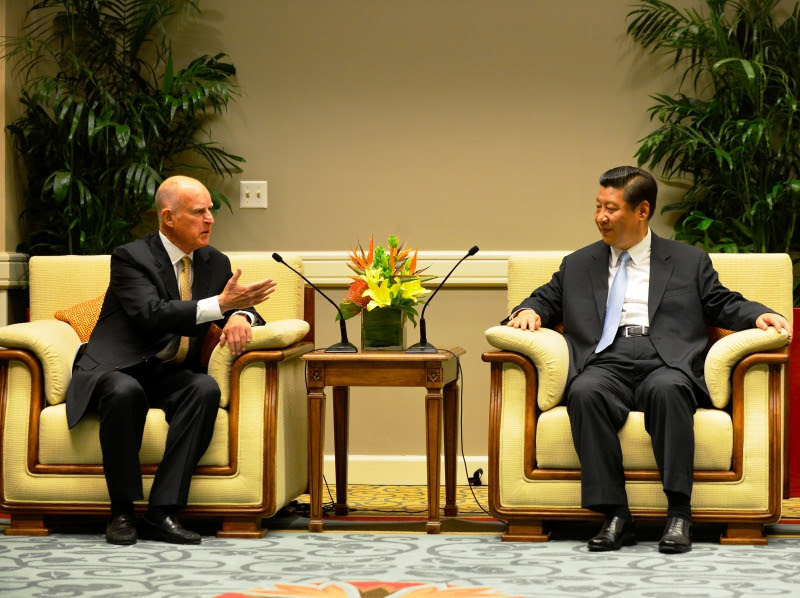 "Our state's scenic landscapes have always been a source of pride and pleasure," proclaimed Brown. "From mountain trails in the High Sierra to a coastline that has captured the heart of millions, Californians benefit from unparalleled opportunities to enjoy some of the world's most beloved and spectacular outdoor places."

"Today, I invite all Californians to experience some small piece of the varied and magnificent land of California," he said.

Could this proclamation be a hidden warning from Brown to now enjoy California's rivers, ocean and other iconic landscapes, including the Sacramento-San Joaquin River Delta, since these wild places may no be available for much longer as he pushes for the construction of the peripheral tunnels and other environmentally destructive projects?

A front page article written by Matt Weiser in the Sacramento Bee on Sunday, June 9 confirms what anglers, commercial fishermen, Indian Tribe leaders, family farmers, environmentalists and Delta residents have been saying all along - the construction of the tunnels would likely result in saltier conditions on the Delta, threatening imperiled fish populations and Delta farms.

"The two giant water diversion tunnels Gov. Jerry Brown proposes building in the Delta would be large enough to meet annual water needs for a city such as Newport Beach in a single day's gulp from the Sacramento River," said Weiser.

"That gulp, however, would also prevent a lot of fresh water from flowing through the Sacramento-San Joaquin Delta. This would likely make water saltier for farms near Isleton and cities such as Antioch, which draws some of its drinking water from the Delta," he concluded.

There is no doubt that the Bay Delta Conservation Plan to build the twin tunnels is based on a false assumption - that taking more water from the estuary will somehow "restore" the ecosystem. To my knowledge, there is not one single case in world history where diverting more water out of a river or estuary has led to an ecosystem's restoration.

Unfortunately, Brown's rush to build the peripheral tunnels, in an effort to create some sort of "legacy" for himself by increasing already massive exports of northern California water to corporate agribusiness and oil companies, is not the only abysmal Schwarzenegger administration environmental policy that he has continued and expanded. Brown continued and expanded the massive water exports and fish kills at the Delta pumps that the Schwarzenegger regime became notorious for.

Brown also presided over the "salvage" of a record 9 million Sacramento splittail and over 2 million other fish including Central Valley salmon, steelhead, striped bass, largemouth bass, threadfin shad, white catfish and sturgeon in the state and federal Delta export pumping facilities in 2011. Since the actual number of fish lost in the pumps is at least 5 to 10 times those reported as "salvaged," the actual total number of fish killed that year could have been 55 million to 110 million. (http://www.counterpunch.org/2012/05/07/carnage-in-the-pumps/)

In addition, Brown and Natural Resources Secretary John Laird continued the privately-funded Marine Life Protection Act (MLPA) Initiative started by Governor Schwarzenegger in 2004. The conflicts of interest, failure to comprehensively protect the ocean, shadowy private funding, incomplete and terminally flawed science and violation of the Yurok Tribe's traditional harvesting rights have made the MLPA Initiative to create so-called "marine protected areas into one of the worst examples of corporate greenwashing in California history.

These so-called "Yosemites of the Sea" fail to protect the ocean from oil spills and drilling, fracking, pollution, wind and wave energy projects, military testing and all human impacts on the ocean other than fishing and gathering. (intercontinentalcry.org/the-five-inconvenient-truths-about-the-mlpa-initiative)

More recently, John Laird, Brown's Natural Resources Secretary, has launched a privately funded effort to "reform" the State Parks. According to a Sacramento Bee article, "Parks Forward will be funded by grants from the David and Lucille Packard Foundation, the S.D. Bechtel Jr. Foundation, the James Irvine Foundation and others, under the auspices of the Resources Legacy Fund. (http://www.sacbee.com/2013/06/04/5468481/california-officials-launch-effort.html)

These foundations include those that funded the MLPA Initiative and the Public Policy Institute "studies" promoting the construction of the peripheral tunnels. You can bet that the people Laird is likely to appoint to this Commission will include corporate operatives and greenwashers who have anything but the public trust and public interest in mind.

Other environmental policies of the Schwarzenegger administration that Brown and Laird have embraced and expanded include engineering the collapse of six Delta fish populations by pumping massive quantities of water out of the Delta; presiding over the annual stranding of endangered coho salmon on the Scott and Shasta rivers; clear cutting forests in the Sierra Nevada; and decimating our coastal wetlands by turning them into "theme park wetlands," as in the case of the Ballona Wetlands.

To top it all off, Brown and Laird have embraced the corruption and conflicts of interests that infest California environmental processes and government bodies ranging from the Bay Delta Conservation Plan to the regional water boards.

The message is clear: if people want make sure that "Great Outdoors" of California are preserved so that future generations of Californians can enjoy our iconic river, ocean and mountain landscapes, they must fight against the construction of the peripheral tunnels, plans to privatize the state parks and other bad environmental policies of the Brown administration.
at 5:16 PM