Delta Plan: 'Chinatown' all over again? 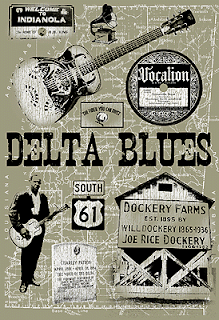 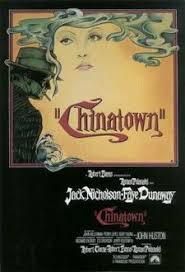 The story, set inLos Angeles in 1937, was inspired by the California Water Wars, the historical disputes over land and water rights that had raged in southern California during the 1910s and 1920s, in whichWilliam Mulholland acted on behalf of Los Angeles interests to secure water rights in the Owens Valley. Chinatown was the last film Roman Polanski made in the United States before returning to Europe.

Carolee Krieger: California's Delta water drain scheme is like "Chinatown" all over again

Gov. Jerry Brown and his legislative allies are trumpeting the peripheral tunnels project as the last, best hope for delivering California from its water woes. But it's increasingly clear that they want to proceed with this boondoggle without revealing its true impacts to Californians. Why?
Well, basically - it's still Chinatown, Jake. John Houston's landmark film examined the ugly confluence of water, politics and money in Southern California in the 1930s. Things haven't changed much over the past 75 years. Water and money still flow in the same direction - right into the coffers of the wealthy and well-connected - with ratepayers footing the bill.
The price tag for the subterranean peripheral tunnels was originally pegged at $14 billion, but that figure begged credulity. A more refined Brown administration estimate is $24.5 billion.
But even that number is too optimistic. And for what? Mark Cowin, the state Department of Water Resources director, acknowledged the project does not guarantee any additional water deliveries. But if experience is any guide, we can be sure of one thing: the primary beneficiaries will be the corporate farmers of the western San Joaquin Valley. Currently, a handful of megafarms - including those owned by billionaire (and generous Brown campaign contributor) Stewart Resnick - annually consume 3.5 million acre feet of Delta water, compared to the 1.3 million acre feet utilized by the metropolitan

Advertisement
areas of the southern end of the state. It is no coincidence that western San Joaquin agribusiness is the biggest booster for the peripheral tunnels.
Then there is the profound environmental downside of the project - a subject proponents downplay. True, the plan seeks to create 145,000 acres of wetlands and upland habitat. But it is not clear if that figure will be reached, while the tunnels will exert horrendous impacts on the environment. The biggest blow will land on the Delta, the largest and most productive estuary on the West Coast of the continental U.S.
Our valuable salmon and Dungeness crab depend on sufficient fresh water flowing through the estuary to create the brackish conditions necessary for their successful reproduction and growth. The foremost goal of the peripheral tunnels is the diversion of water from the Delta. A dewatered Delta is a dead Delta.
Additionally, recent analyses from state and federal officials reveal the tremendous environmental stresses that will result from constructing the tunnels. The latest draft of the Bay Delta Conservation Plan notes the "big dig" necessary for the project will produce 22 million cubic yards of "tunnel muck" - soil mixed with the chemicals and compounds required by the boring machines.
No one has any clear idea of what to do with this material, beyond designating storage zones totaling 1,600 acres. An additional 20 million cubic yards of muck will be excavated for the construction of the project's water intakes and forebays. Further, the tunnels will require the paving of 2,700 acres of environmentally sensitive river frontage.
A massive public works project that will strain the state treasury, increase Southern California water rates and wreak environmental havoc - while benefiting a narrow, wealthy constituency - is the last thing California needs. This isn't the 1930s. It's high time to bring California's water politics into the 21st century.
Carolee Krieger is the executive director of the California Water Impact Network. c-win.org