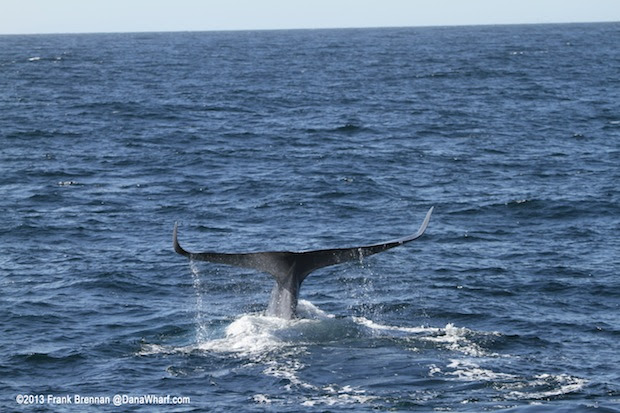 A blue whale affectionately nicknamed Delta because of the peculiar shape of its fluke made quite a splash on Facebook last week after being photographed off Dana Point.

The whale earned the nickname because both ends of its fluke are turned upward, like winglets on an airplane wing. Facebook users posting comments shared where they had seen--or thought they had seen--the whale.

According to Cascadia Research Collective in Olympia, Washington, two blue whales with similar fluke formations have been photo-cataloged in the eastern Pacific. The image captured last week off Dana Point, by Frank Brennan ofDana Wharf Whale Watch, was matched to a whale cataloged as #135 (see video).

Annie Douglas of Cascadia stated via email that the first known sighting of  #135 (Delta) was on October 7, 1987, in the Gulf of the Farallones beyond San Francisco.

Before last week's sighting it had been encountered 15 different years (including two years off Baja California) and 29 times, based on photo matches. From 1987 to 2005 most encounters were off northern Central California but, interestingly, according to Cascadia's records, all known sightings since 2007 were off Southern California.

About 2,000 endangered blue whales ply California waters seasonally, with the 2013 season apparently just getting underway. Delta, it seems, is among the early arrivals.
It's not clear whether the shape of the mammal's fluke is because of a birth defect, but the right tip appears to be more upturned than in previous years.  Also, Douglas said, the sex of #135, or Delta, is not known.