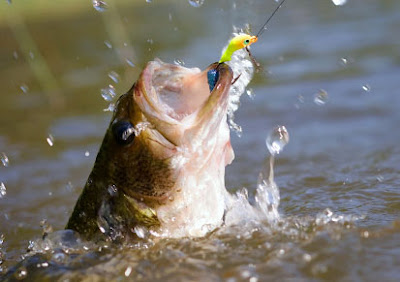 Sturgeon fishing takes center stage for the coming three months when these giant prehistoric creatures invade the estuary from San Pablo Bay to Prospect Slough. To learn about the latest regulations and how to hook one, plan on attending a free seminar given by Casey Ament at 7 p.m. on Feb. 13 at St. Therese's Catholic Church in Isleton, sponsored by the California Striped Bass Association. Information: CSBAIsleton@yahoo.com.
"Sturgeon fishing is picking up in Cache Slough and in the Pittsburg area, mainly in deep water, 35 to 45 feet," Barry Canevaro of Fish Hookers Sport Fishing said. "Better baits are grass shrimp, shad and eel. Surprisingly, four of our past five keepers have come on shad."
Remember, the new slot limit for sturgeon is 40 to 60 inches, measured from the snout to the fork of the tail.
Overall striped bass fishing is pokey, but sturgeon fishermen who use shad are hooking the occasional 10- to 12-pound striper at the Mothball Fleet. Water temperature still is cold, hovering at 49 degrees. School-sized stripers to 5 pounds, with many undersized, measuring less than 18 inches, claimed on bait in Broad Slough. Trolling is slow.
Catfish are schooling tightly, preparing to spawn. Levee anglers are claiming full stringers using freshwater clams, chicken liver and cut bait such as mackerel and sardine.
Largemouth bass, 1 to 2 pounds, come to those who show perseverance and barely move half-ounce jigs. Bass appear to be holding in slightly deeper water than among the shallow tules.

Ocean - Limits of sand dabs and Dungeness crabs are the rule for charters out of Half Moon Bay and Bodega Bay. Monterey boats score, as well, boosting the take with mackerel as a bonus. San Francisco Bay party boats claim plenty of dabs but only half-limits of crabs. Rock cod fishing is closed, and salmon season won't be set until the fall-winter escapement is known.
San Pablo Bay - Sturgeon fishing is fair, but excellent tides this week through Sunday portend good things for those who anchor in the Pump House area with mud shrimp. On Monday, a single kayaker used mud shrimp just outside China Camp State Park and hooked two sturgeon he estimated at 7 1/2 feet each. The fish pulled him around for more than an hour, jumped five times and came unbuttoned. There also is an unusually large number of striped bass in the system, 18-inch keepers to 8-pounders, that are hooked by anglers trying for sturgeon.

Amador - Large Donaldson trout to 9 pounds are full of shad minnows, so match the hatch, if you will. The lake is rising, crystal clear and beautiful.
Camanche - About 75 percent full, with in flows more than double what is released downriver from the dam. Steady plants make for pretty consistent fishing with floating baits from the marina shorelines and the South Shore Pond. Trolling is problematic. A 15.2-pound largemouth caught Jan. 26 set a lake record. The monster was hooked on a toad thrasher swim bait.
Los Vaqueros - 1,000 pounds of Mt. Lassen Hatchery trout were released this week. Fishing is much better from the shoreline than from a boat. Hiking trails are open as is the Interpretive Center from 9 a.m. to 4 p.m. on weekends.
New Melones - The water is cold, 48 to 52 degrees, and slightly stained. Some mighty big fish were hooked this week, such as an 8.5-pound channel catfish, a 4.10-pound trout and an 8.8-pound spotted bass. The latter, as well as a 6.9-pound spot, were taken on a blue/silver Trophy Stick lure that was being trolled for trout, proving it is better to be lucky. Best shoreline bait fishing for trout seems to be up the river arm, above the Highway 49 bridge. Inflated nightcrawlers with a salmon egg are exceptionally good baits. Trollers connect with smallish kokanee salmon, a sign that spring is coming.
Pardee - Reopens Feb. 15 after the normal winter three-month closure. Campers may set up Feb. 14, but fishing isn't allowed until sunrise on Friday.
at 7:20 AM