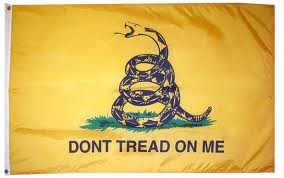 LINN COUNTY, OREGON – Even before President Obama locked and loaded his pens to sign an unprecedented 23 executive orders on gun control, opponents were lining up to shoot them down.
An Oregon sheriff fired off a warning that he would not enforce any unconstitutional move on gun control.
Sheriff Tim Mueller`s letter to Vice President Biden said he and his deputies will not enforce any congressional act or presidential order that takes away the constitutional rights of the citizens of Linn County, Oregon.
The sheriff posted the letter on Facebook, and so far he`s received more than 34,000 ‘likes’, and more than 42,000 shares, along with more than 7,700 comments, mostly supportive.
Republican congressman Steve Stockman of Webster was already on record threatening to introduce articles of impeachment if President Obama issued executive orders on gun control.
And he`s using his Facebook page to solicit donations for his efforts to start a national movement to stop the president.
Residents of New York will have to consider if they are happy with new gun laws rushed through their legislature and quickly signed into law by governor Andrew Cuomo. The law bans residents from buying high-capacity ammo and limits magazines to seven rounds.
Meanwhile, back in Texas, state representative Dan Flynn, a Canton Republican, wants to reduce the number of hours needed to get a concealed handgun license, from ten hours to four.
Flynn says people won`t have to take off work or spend all day Saturday to learn about gun safety, gun storage or dispute resolution.