No Shoes… No Graduation? Stop Discrimination! 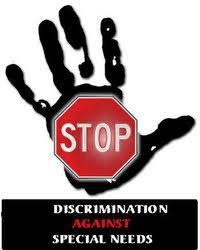 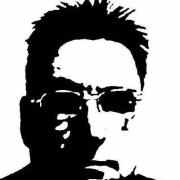 The Americans with Disabilities Act (ADA), was signed into law on July 26. 1990. More than fifty million Americans have some kind of physical, cognitive, sensory, or mental disability. The ADA’s extensive provisions for employment, state and local governments, transportation,public accommodations, and telecommunications, has helped end discrimination towards those with disabilities tremendously.

However, the fight is far from over, and even in our public schools we find that faculty and educators are woefully trained to conform to the ADA.  In a California High School, a young student with Asperger’s Disease (a form of Autism) has developed an aversion to wearing footwear, which is symptomatic to his disability, and has been denied the right to finish and graduate at the public ceremony barefoot.

The student had been attending classes barefoot with de facto acceptance from teachers until the Principle discovered him barefoot in the halls one day. The Principle refused to accommodate the student’s symptomatic issue even after the student’s parents requested accommodation.

The Principle and his superiors claim it is a safety issue and the school's financial liability overrides reasonable accommodation. The parents offered to sign a release of liability, which at first was acceptable but then they were told it was not sufficient.

The student would not be allowed on campus nor even attend his graduation ceremony barefoot. The ADA states: “no qualified individual with a disability shall, by reason of such disability, be excluded from participation in or be denied the benefits of the services, programs,or activities of a public entity, or be subjected to discrimination by any such entity.” (42 U.S.C. §Section 12132)
There have been many cases where school districts and other public entities waste taxpayers money fighting the ADA, only to lose in federal court because reasonable accommodation is not understood. It is reasonable accommodation to accept a waiver and release of liability from the parents of the student. The school has a football team and other sports activities that require athletes and participants sign such releases.
It can be argued that many injuries have occurred through those programs. How many times has a barefoot student posed a danger to others, much less injured themselves and the school was harmed?  The student's diagnosis of Asperger’s Syndrome is recent, although the school was aware of the students Attention Deficit Disorder diagnosis earlier and failed to start the Individual Education Plan (IEP) as required by law.
The Principle told the parents that by the time they can redress the ban from campus, the school year will be over. The school is also rejecting the Asperger’s diagnosis until the school’s experts can now evaluate him. Had the evaluation been done in timely fashion as the law prescribes, time would not be against the student to have the resolution completed.  .
The ADA utilizes a three-pronged definition of disability. For the purpose of coverage under the ADA, a person with a disability is defined as an individual who: has a physical or mental impairment that substantially limits one or more major life activities; or has a record or history of such an impairment; or is perceived or regarded as having such an impairment.
The phrase "major life activities" means functions such as caring for oneself, performing manual tasks. Whether or not an impairment substantially limits a major life activity is made on an individual basis, and is not based on the existence of a condition or impairment but rather by its impact on the individual. A substantial impairment will be found when the conditions, manner, or duration under which a major life activity can be performed by the individual are limited when compared to most people.
The school cannot claim a safety issue is not addressed by liability waiver as they have published on a website that all graduates attending the official graduation party hosted by them, have a waiver of liability all students must sign: “By signing the Release and Assumption of Risk Agreement, you are releasing Project Graduation of all liability and accepting responsibility for any action by your son/daughter with respect to bodily injury and property."  There will be dancing and as customary, shoes will come off.  Shoes are not worn in some activities on campus and at sports games and events which come under the jurisdiction of the school and their surrogate agents.
The school district maintains they have a right to keep their rule on the barefoot issue as an absolute rule.  It has already been decided in one ADA court case that waiving an age requirement and safety claim for a disabled student to participate in football, a contact and dangerous sport, was reasonable accommodation.  JOHNSON v. FLORIDA HIGH SCHOOL ACTIVITIES ASS'N, INC.899 F.Supp. 579 (1995) United States District Court, M.D. Florida, Tampa Division September 6, 1995)
Finally, reasonable accommodation can be made where the student may be restricted to areas deemed threat free from nails, glass and foreign objects avoiding areas beyond maintenance workers control. Swimming area’s are kept free from glass and sharp objects, but in this day and age the entire campus is relatively monitored and policed well where students often go barefoot while in-between classes.
Twenty years after enactment of the ADA, one would think we would be closer to ending discrimination against people with disabilities in education. Whether it is lack of training or laziness by educators to accomplish "no child left behind"...it seems we will always need advocates and organizations that monitor and intervene on behalf of our children. And that is the key, it's about the kids!
Congress' concern to eliminate intentional and benign discrimination against disabled individuals is evident in the findings and purpose of the ADA. 42 U.S.C. § 12101. The purpose of the ADA and the Rehabilitation Act is "to include persons”.
http://landpark.news10.net/news/health/108381-no-shoesno-graduation