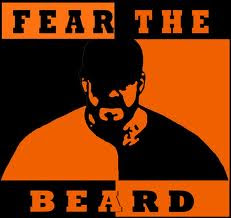 SAN FRANCISCO (AP) -- The Babe. Mr. October. El Hombre. And now Kung Fu Panda.
Pablo Sandoval joined Babe Ruth , Reggie Jackson and Albert Pujols as the only sluggers to hit three home runs in a World Series game, and the San Francisco Giants rolled over Justin Verlander and the Detroit Tigers 8-3 in Wednesday night's opener.
"I want to know what he ate for breakfast, so maybe we can get it for the rest of our team," Tigers catcher Alex Avila said.
Barry Zito - remember him? - won in his World Series debut, two years after poor performances caused the Giants to drop him from their postseason roster.
Coming off a Game 7 win over St. Louis on Monday night, the Giants looked fresh. Following a sweep of the Yankees and a five-day layoff, Detroit had a Rust Belt relapse reminiscent of its 7-2 loss to St. Louis in the 2006 opener.
"Man, I still can't believe it," Sandoval said. "When you're a little kid, you dream of being in the World Series."
Detroit tries to even the Series on Thursday night, sending Doug Fister to the mound against Madison Bumgarner . The winner of the opener has claimed the title 66 of 107 times, including eight of last nine. The NL is seeking to win three straight Series for first time since 1979-82.
"I think momentum is your next day's pitcher," Tigers manager Jim Leyland said.
A crowd of 42,855 in orange and black made the AT&T Park stands look like a large bowl of Halloween candy.
Sandoval hit a solo home run to right-center on a 95 mph 0-2 fastball at the letters in the first. He reached outside and hit a two-run, opposite-field drive to left in the third on another 95 mph pitch from Verlander, the reigning AL MVP and Cy Young winner. Then added another bases-empty shot into the center-field batter's eye in the fifth, this time on an 84 mph offspeed offering from Al Alburquerque .
Verlander was chased after allowing five runs and six hits in four innings, his shortest start this year, and he dropped to 0-3 with a 7.20 ERA in World Series play.
"I just didn't execute tonight," Verlander said.
Left off the 2010 postseason roster by the champion Giants, Zito shut out the Tigers until Triple Crown winner Miguel Cabrera 's RBI single in the sixth. San Francisco won for the 14th straight time with Zito starting - quite a turnaround from his image as a $126 million bust.
When Giants manager Bruce Bochy tried to call Zito on Tuesday to let him know he was getting the ball, Bochy couldn't get through. Turns out Zito had left his phone at the ballpark.
"Just the opportunity alone was mind-blowing. Me and my wife were dancing around when I heard," Zito said.
Sandoval, given his nickname for his roly-poly physique, was benched in four of five games during the 2010 World Series, his production and confidence down, his weight up. In the stands on this night, fans wearing furry panda hats celebrated with him.
"It's just a pleasure to be a part of it all," he said.
There had been only one previous three-homer game at the ballpark - by the Dodgers' Kevin Elster in the very first game in 2000. No Giant had hit three at home since Barry Bonds back in 1994 at Candlestick Park.
Perhaps because AT&T has become a premier pitcher's park - there were just 84 homers there this year, 25 fewer than any other big league stadium.
"I'll never forget it," Bochy said. "Three home runs on a stage like this, that's pretty impressive."
Ruth did it in 1926 and again in 1928, Jackson in 1977 and Pujols last year.
Sandoval also had success against Verlander in July, hitting the first bases-loaded triple in All-Star game history during a five-run first. The NL's 8-0 win wound up giving the Giants homefield advantage for the Series.
Marco Scutaro , the NL championship series MVP, twice hit RBI singles after doubles by Angel Pagan . NL batting champion Buster Posey contributed two hits, left fielder Gregor Blanco made diving catches to rob Cabrera and Prince Fielder , and Tim Lincecum came out of the bullpen to retire seven straight batters - striking out five.
San Francisco kept getting good bounces, with Pagan hitting a double that hopped off the third-base bag at almost a right angle and into left field. ALCS MVP Delmon Young , meanwhile, failed to run after a tapper in front of the plate that the Giants turned into a double play.
When Sandoval faced struggling Tigers reliever Jose Valverde in the seventh, he became the first player to bat with a chance for a four-homer Series game since Ruth came up against the St. Louis Cardinals' Bill Hallahan in 1926. Ruth walked, and Cabrera stroked a single to left-center.
"We were hoping for a water shot," Giants pitcher Jeremy Affeldt said, "but he got a lousy single. Kind of killed the whole deal for us."
NOTES: Jhonny Peralta hit a two-run homer for the Tigers in the ninth off reliever George Kontos . ... This was the Giants' 50th World Series win. ... The team hosting the first two games has won 21 of the last 26 World Series: the exceptions were Toronto (1992), the Yankees (1999), Florida (2003), St. Louis (2006) and Philadelphia (2008).