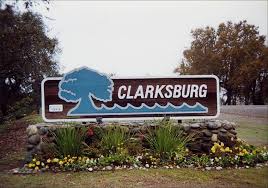 A Clarksburg woman was arrested for drunken driving Tuesday evening, along with her parents who lied to California Highway Patrol officers by attempting to divert blame from their daughter.
Laura Beth Sullivan, 34, drove off South River Road, just north of Rose Road, around 5:45 p.m., according to CHP Information Officer Bryan Konvalin.
Sullivan's 2010 Toyota Tacoma subsequently collided with a light pole and tree. In a report, Konvalin said Sullivan had been drinking prior to driving.
After the accident, Sullivan contacted her mother, Joan Ellen Kirtlan, 60, for help, said Konvalin. Kirtlan responded to the traffic collision scene with Gary Fredrick Kirtlan, 64, and the couple, from Clarksburg, assisted their daughter back to their residence.
"CHP officers responded to the traffic collision scene and the investigation led officers to contact Sullivan and the Kirtlans," Konvalin said. "Joan Kirtlan related to officers that she was driving the Toyota at the time of the traffic collision and Gary Kirtlan confirmed her statement.
"Officers continued with the investigation and determined that Sullivan was driving at the time of the traffic collision and after officers conducted a DUI evaluation, they determined that Sullivan was driving while under the influence of alcohol."
Officers arrested Sullivan for driving under the influence and being involved in a hit and run traffic collision. The Kirtlans were arrested for providing false statements and
ADVERTISEMENT

obstructing a police investigation, according to Konvalin.

Sullivan and the Kirtlans were booked into the Yolo County Jail.
at 11:35 PM