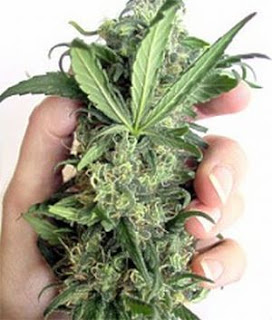 The California Department of Fish and Game has arrested a 29-year-old Vallejo man on suspicion of growing thousands of marijuana plants in a Delta nature preserve.

Oscar Javier Palomino Ocegueda, 29, of Vallejo was arrested Saturday afternoon after a game warden on routine patrol found him in the preserve south of Sacramento holding a 12-gauge shot gun, Fish and Game spokesman Patrick Foy said.
As he approached Oceguada, two other men ran off and the warden detained him at gunpoint, Foy added.
"Most people who are growing marijuana are armed and they are quite willing to kill to protect their crop and profit," Foy said.
Foy said California game wardens are probably some of the more experienced law enforcement officials in dealing with marijuana growers.
"They are a threat to public safety," Foy said of those who grow marijuana on public park lands. "They are poaching, causing pollution and habitat destruction is rampant.
"They are very dangerous," he added.
The alleged marijuana plants were spread out thinly through a portion of the preserve so that they could not be easily spotted from overhead, he said.
Ocegueda told officials he had been in the United States for 12 years, Foy said. The two others suspected of growing marijuana in the preserve got away.
The Vallejo man will likely be charged on suspicion of felony cultivation of marijuana, and possession of marijuana for sale.
He was also arrested on suspicion of possessing
ADVERTISEMENT

a firearm and will likely be charged with several environmental violations including altering a stream bed, illegally taking water out of a creek, habitat destruction and littering, Foy said.
at 1:14 PM