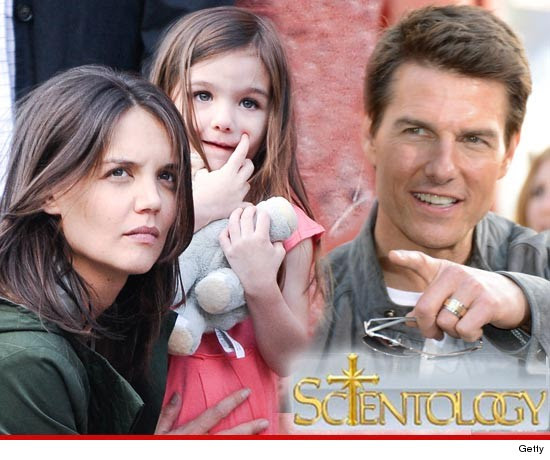 The final straw in Katie Holmes' decision to file for divorce was that she was convincedTom Cruise was going to send 6-year-old Suri away to a hardcore Scientology organization known as Sea Organization ... sources connected with Katie tell TMZ.

Sea Org, as it is known, is where the highest levels of Scientology are taught and kids as young as five can be sent to live there ... without their parents -- and our sources say Tom is a big fan.

Our sources say Katie and Tom had been arguing over Suri's indoctrination into Scientology -- and we're told the Sea Org was the flashpoint.

The Sea Org has been often compared to a boot camp and several ex-Scientologists (including Oscar winner Paul Haggis) have been outspoken against its military-like conditions. The Freewinds, the massive Scientology boat that was the location of Cruise's infamous birthday party in 2004, is entirely staffed by Sea Org members. 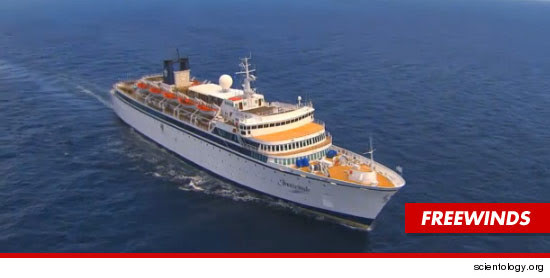 According to the official Scientology website, members of Sea Org sign "a one-billion-year pledge to symbolize their eternal commitment to the religion and it is still signed by all members today."

Katie herself has first-hand knowledge of the Sea Org. When Holmes and Cruise first hooked up in 2005, Jessica Feshbach, a prominent Scientologist who had been with the Sea Org since 1994, was transferred and became Katie's assistant/Scientology chaperone. Feshbach, in one of Katie's first interviews after getting together with Cruise, was described by a writer for W magazine as "cold-eyed" and "a third-wheel."

In the end ... we're told Katie felt the only way to save Suri from being shipped off to Sea Org was to file for divorce and seek sole legal custody.
at 1:52 AM