“We ask that you not finalize or formally announce this framework until a far more detailed description is made available for review. We do not believe it is wise to commit to massive new water pumping stations and conveyance tunnels while sustainable solutions to the problems of water quality, fish and ecosystem restoration, local impacts, and water flows are made to wait," the 12 northern California Representatives wrote.

Photo: George Miller and 11 other Representatives called for a delay in the Bay Delta Conservation Plan to build a peripheral canal or tunnel. 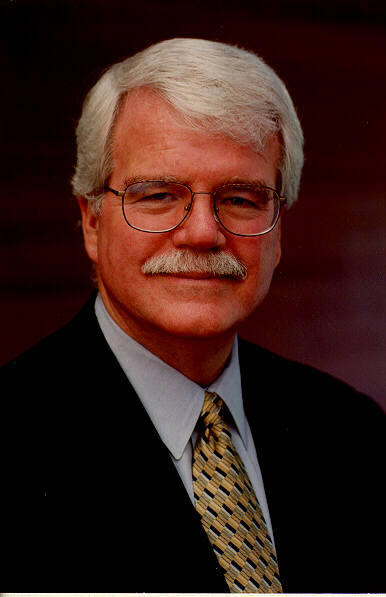 Lawmakers demand return to “policy before plumbing” on Delta plan

Twelve northern California lawmakers called on Obama administration officials Friday to delay the "imminent announcement" of what they described as an an "expensive and potentially damaging water diversion project" until more details of the plan are made available.

The California Democrats warned that the unpopular plan to build a peripheral canal or tunnel – as described in a recent briefing in Washington and public meeting in Sacramento – “raises far more questions than it answers, and appears to turn the maxim of ‘policy before plumbing’ on its head.”

In a Bay Delta Conservation Plan (BDCP) public meeting held in Sacramento Wednesday, Jerry Meral, Deputy Secretary of the Natural Resources Agency, said the state and Department of Interior were "hoping to release" the revised conveyance plan by the end of July. Meral also said the draft EIR/EIS will be available "this fall."

"I guess it's in the eye of the beholder, but certainly in terms of cost savings and local impacts, it's going to be quite an improvement," claimed Jerry Meral, in reference to the revised plan.

The Bay Delta Conservation Plan proposal recently developed by state and federal officials would allow for the construction of massive tunnels – capable of draining the Sacramento River at a rate of 15,000 cubic feet per second – but delay any decisions about the uses of the project for as many as fifteen years, according to a statement from Congressman George Miller's Office.

The members of Congress wrote that a poorly designed plan for the Bay Delta Estuary “could increase water exports from the Bay-Delta estuary — while failing to restore the Bay-Delta ecosystem and rebuild salmon and other California fisheries as required by law.”

"Recent reports have described the water diversion project as capable of filling 10 Olympic-size swimming pools with Sacramento River water every minute, but the twelve members of Congress warned that the plan’s potentially damaging impacts on northern California cities and counties, the state’s economy, and the health of the Bay-Delta estuary are currently impossible to evaluate," according to the statement.

The members of Congress called on Interior Secretary Ken Salazar and acting Commerce Secretary Rebecca Blank to release “a far more detailed description” of the proposed new framework before Gov. Jerry Brown and Secretary Salazar make any public announcement about the plan.

“We ask that you not finalize or formally announce this framework until a far more detailed description is made available for review," they said. “We do not believe it is wise to commit to massive new water pumping stations and conveyance tunnels while sustainable solutions to the problems of water quality, fish and ecosystem restoration, local impacts, and water flows are made to wait.”

“There is too much at stake in the BDCP for the federal government to announce a plan that defers important decisions while an expensive and potentially damaging water diversion project is allowed to proceed," they concluded.

The full letter is available at: http://georgemiller.house.gov/6-22-12%20congressional%20BDCP%20letter.pdf

The first comprehensive economic benefit-cost analysis of the water conveyance tunnels at the center of the Bay Delta Conservation Plan (BDCP), released on June 14 by the University of Pacific’s Eberhardt School of Business, Business Forecasting Center, reveals that peripheral canal doesn’t make any economic or financial sense.

“We find the tunnel is not economically justified, because the costs of the tunnel are 2.5 times larger than its benefits," the UOP report states. "Benefit-cost analysis is an essential and normal part of assessment and planning of large infrastructure projects such as the $13 billion water conveyance tunnel proposal, but has not been part of the BDCP.”

For the complete report, go to: http://forecast.pacific.edu/articles/BenefitCostDeltaTunnel_Web.pdf

If built, the peripheral canal or tunnel would hasten the extinction of Central Valley chinook salmon, steelhead, Delta smelt, longfin smelt and other fish species, according to both agency and independent scientists. This project, now being fast-tracked by Brown and Obama administrations, would result in the destruction of the largest estuary on the West Coast of the Americas.

In my opinion, everybody who cares about the future of the Delta and California should applaud Representatives George Miller, Jerry McNerney, Anna Eshoo, Mike Thompson, Doris Matsui, John Garamendi, Mike Honda, Lynn Woolsey, Jackie Speier, Barbara Lee, Zoe Lofgren and Pete Stark for standing up against the economically and scientifically unfeasible plan by the Brown and Obama administrations to "save the Delta" by draining it.
at 11:36 AM