“Now we know beyond a shadow of a doubt what the BDCP actually stands for," said Congressman Jerry McNerney. "It’s little more than a Build the Darn Canal Plan. The people who reside in the Delta region have been shut out of this process from the beginning. Any plan that includes a peripheral canal is unacceptable. It would devastate our local economy and cost countless jobs." 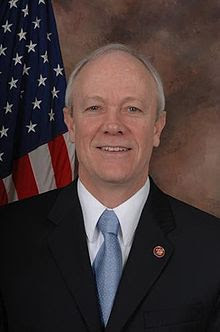 Congressman Jerry McNerney (D-Stockton) on Thursday condemned the latest developments regarding the controversial Bay Delta Conservation Plan (BDCP) after his office received a briefing on the outcome of meetings held last week between federal and state government officials.

McNerney said new plans call for the construction of a massive conveyance system, the peripheral canal or tunnel, that would ship water to Southern California.

He described the BDCP as "little more than a Build the Darn Canal Plan" - and the latest development as a "blatant attack on the Delta communities."

“This information confirms what we have known all along; the Governor and Secretary of the Interior intend to build a canal that would steal water from millions of people in our area and give it to wealthy special interests from Southern California," said McNerney. "Their plan will destroy one of the most important water resources in the country and harm the livelihoods of the four million people who call the Delta region home."

“Now we know beyond a shadow of a doubt what the BDCP actually stands for," he stated. "It’s little more than a Build the Darn Canal Plan. The people who reside in the Delta region have been shut out of this process from the beginning. Any plan that includes a peripheral canal is unacceptable. It would devastate our local economy and cost countless jobs."

“From the beginning, I have said that any plan related to the Delta must include the input of the farmers, families and small business owners whose livelihoods stand to be devastated by a peripheral canal. The latest developments don’t address the concerns of the Delta communities in any meaningful way," said McNerney.

“Agriculture is the economic backbone of the Delta. The special interests from south of the Delta are trying to steal our water, which would lay waste to our farmland and our economy. The latest development is a blatant attack on the Delta communities.

“The federal and state governments must come to the table and include meaningful input from the Delta region. This process has been crafted behind closed doors, and I call on Governor Brown and Secretary Salazar to finally make this plan fair and equitable for the Delta communities," he concluded.

On the same day, Restore the Delta and an array of consumer and environmental leaders protested the announcement by the Brown Administration that it plans to ignore massive negative impacts and go ahead and build a peripheral canal or tunnel and "figure out the damage afterward."

In a series of phones with Delta local county representatives and environmental groups, the California Natural Resources Agency is announcing a framework based on “decision trees” that will determine how much flow and habitat is needed in the Delta over a fifteen year evaluation period after the project is under construction, according to a news release from Restore the Delta and Food & Water Watch (http://www.restorethedelta.org/1852).

“The water contractors associated with BDCP have spent a quarter of a billion dollars of California water rate payers’ money to create a project that was supposed to restore the Delta," said Barbara Barrigan-Parrilla, executive director of Restore the Delta. “They failed to produce such a project. So instead, the State is preparing to announce a project that has the potential to divert the majority of Sacramento River water without first ensuring protections for the Delta.”

“Resources Secretary Laird has the audacity to say that the canal will be built first, and they will figure out the good science after it’s built," said Barrigan-Parrilla. "The administration is selling this new BDCP Plus Plan as an improvement because BDCP partners are willing to wait to see what ‘new’ science will decide regarding project operations. But what is clear that the biological science does not support the project, so they are hoping that political science will solve the problem."

A broad coalition of Delta residents, fishermen, Indian Tribes, family farmers, grassroots environmentalists and elected officials opposes the construction of the canal because it would lead to the destruction of the ecosystem of the largest estuary on the west coast of the Americas. It would take Delta farmland out of agricultural production under the guise of "habitat restoration" in order to increase water exports to corporate agribusiness interests on the San Joaquin Valley's west side to irrigate toxic, drainage impaired land that should have never been irrigated.

The peripheral canal's construction would hasten the extinction of Central Valley salmon, Delta smelt, longfin smelt and other fish species, according to agency and independent scientists alike.

"All in all, they are simply going to throw more money after bad money,” said Barrigan-Parrilla. “Gov. Brown proposes to continue the draining of the Delta, imperiling the Delta environment and communities, and would take prime Delta farmland to make up for habitat lost by serving unsustainable huge corporate agribusinesses on the west side of the valley.”
at 12:18 AM