“This scientific review shows that the House Majority’s water bill puts politics ahead of established science and would kill local jobs,” said Representative Mike Thompson. “The bill is nothing more than a giveaway to well-funded south-of-Delta water contractors. Solutions to California’s water challenges should be based on sound science so that wildlife is protected, and our fishers, farmers, families and businesses that depend on the Delta for their livelihoods are not harmed.” 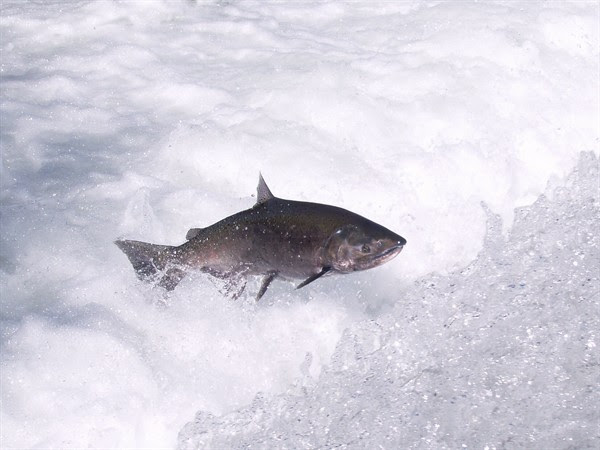 
In their response to a report released by the Pacific Fishery Management Council (PFMC), two prominent Representatives from California slammed legislation that would eviscerate protections for Central Valley chinook salmon.


Reps. Grace F. Napolitano (D-Norwalk) and Mike Thompson (D-St. Helena) responded on April 26 to the scientific review by PFMC warning that H.R. 1837, the San Joaquin Valley Water Reliability Act, would damage salmon populations and undermine the recreational and commercial fishing industries that rely on them.


“West Coast fisheries and coastal communities rely on a healthy level of salmon production from the Central Valley,” the report stated. “It appears that H.R. 1837’s provisions would have an adverse effect on Central Valley salmon habitat, total salmon production, fishery participants, and fishery economic benefits.”


H.R.1837 addresses water use in California’s Central Valley Project, makes changes to the implementation of the Endangered Species Act, and repeals the San Joaquin River Restoration Settlement Act, according to the PFMC.


"The Pacific Council remains concerned about negative effects of H.R. 1837 might have on salmon stocks and their habitat, and the consequent negative economic effects on communities that depend on a healthy, vibrant salmon fishery," the PFMC stated.


The bill, opposed by a broad coalition of fishing groups, Indian Tribes, environmental organizations and family farmers, passed the U.S. House of Representatives on February 29, and has now been placed on the U.S. Senate Legislative calendar for consideration. It was recently included in the West Act introduced by Sen. Orrin Hatch (R-Utah), according to a joint statement from Napolitano and Thompson.


“This bill is a water grab,” Napolitano said. “It throws out years of negotiations between California’s water users in order to privilege some groups over others. This scientific review shows again how Californians will pay the economic price if this bill, or any part of it, becomes law.”


“This scientific review shows that the House Majority’s water bill puts politics ahead of established science and would kill local jobs,” said Thompson. “The bill is nothing more than a giveaway to well-funded south-of-Delta water contractors. Solutions to California’s water challenges should be based on sound science so that wildlife is protected, and our fishers, farmers, families and businesses that depend on the Delta for their livelihoods are not harmed.”


Napolitano and Thompson said H.R. 1837 rolls back environmental protections for salmon and other species and reroutes a greater share of California’s water to agricultural users in the San Joaquin Valley. This lack of protection could lead to salmon die-offs and lost fishing seasons in California and Oregon, similar to what happened in 2008 and 2009, when fishermen were unable to fish due to dangerously low population levels, costing jobs and hurting the economy.


· There is a critical link between water flows dedicated to salmon, which allow the fish to spawn, and the overall salmon population. H.R. 1837 undoes many measures Californians have put in place to protect water flows for salmon and potentially puts that population at risk.


· H.R. 1837 turns back the clock on Endangered Species Protection to 1994 levels, overturning many critical protection efforts that have been put in place to protect salmon runs since then.


· Declining salmon populations have a negative effect on both sea and inland commercial and recreational fishing industries, costing jobs and negatively impacting the economy.


As Sen. Orrin Hatch (R-Utah) attempts to push his salmon-killing legislation through the Senate, the Brown administration is fast-tracking the Bay Delta Conservation Plan (BDCP) to build a peripheral canal or tunnel. Delta advocates are fighting the peripheral canal plan because it would hasten the extinction of Central Valley steelhead, Sacramento River chinook salmon, Delta smelt, longfin smelt, green sturgeon, Sacramento splittail and other fish species.
at 10:45 AM