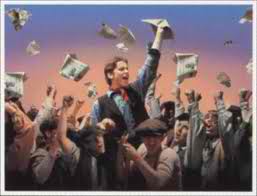 Wolf Creek Inn
Dinner Theatre
The Historic Wolf Creek Inn of Southern Oregon is the new venue for a Dinner Theatre operation scheduled to open June 14th & 15th 2012. Artistry Enterprises, a theatrical production company out of Northern California is partnered with Wolf Creek Inn for the project and is currently auditioning for summer season shows.

\The first production is casting now... understudies are also needed as several cast members cannot do all shows scheduled.  There will be several productions produced indoor and outdoor simultaneously, so there will be many roles available to those interested in all phases of theatre project.  The company will be formed as community theatre with  pay for principles.

Reginald Denny
"The Stuff Dreams Are Made Of" is the first original production written by film & T.V. star Reginald Denny, and is creatively set along side of the stage production "Alfred Hitchcock Presents".