Recent information provided by California death row inmate who was one of the two notorious "Speed Freak Killers" led to the grizzly  discovery Friday of a second set of human remains, this time believed to belong to a 16-year-old girl who went missing nearly thirty years ago.
Specially trained dogs led authorities to a partial human skull and bones buried on a remote Calaveras County property, said Deputy Les Garcia, spokesman for the San Joaquin County Sheriff's Department, which is leading the search.
Garcia said it would take some time for the Department of Justice to make a positive identification.
However, the parents of Chevelle "Chevy" Wheeler said authorities notified them that the remains were discovered where death row inmate Wesley Shermantine said they would find their daughter, who disappeared while skipping school in 1985. Shermantine was convicted of her murder, which authorities say was part of a methamphetamine-fueled killing spree committed by him and his childhood  friend, Loren Herzog, from the 1980s until their arrests in 1999.

Chevelle Wheeler
"They said they found her wrapped in a blanket," Paula Wheeler, the girl's mother, told The Associated Press in a phone interview from the family's home in Crossville, Tenn. "This is a happy day. We can finally have some closure." 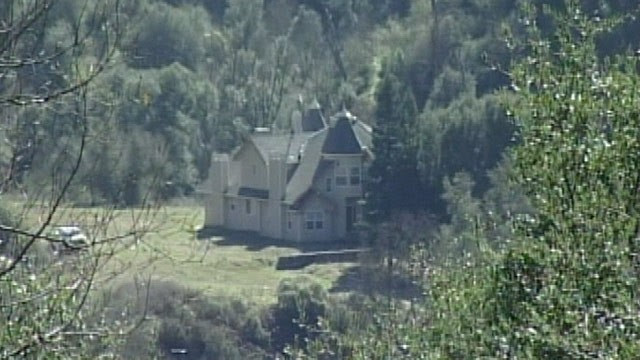 On Thursday, the same dogs led the same searchers to a site containing another skull and bones thought to belong to Cyndi Vanderheiden, a 25-year-old last seen in front of her Linden home in 1998.The Wheelers say they plan to cremate their daughter and bring her home with them to Tennessee, where they moved after her disappearance.
The searchers found all the remains in an area near property once owned by the family of Shermantine. Why this property was not searched before is a good question.
Prompted by  Sacramento celebrity bounty hunter Leonard Padilla. who promised to pay him money, Shermantine has been hand-drawing maps from his Death Row cell that authorities are using to search three sites.
Along with the two nearby sites in Calaveras County, about 60 miles south of Sacramento, that yielded the finds Thursday and Friday, authorities have also been digging up an old cattle ranch well in San Joaquin County. Shermantine claims Herzog buried as many as 10 bodies in the well.
Saturday more human remains have been recovered from another site.


The latest remains were found after crews dug slowly through 30 feet of soot and debris at the well near Linden, Calif., said San Joaquin County sheriff's spokesman Deputy Les Garcia.

Padilla has alledgely promised to pay Shermantine around $33,000 to disclose the locations of the bodies. Padilla said he hopes to collect on rewards being offered by the state of California for information about several missing persons suspected of being victims of Herzog and Shermantine.
Shermantine was convicted of four murders and sentenced to death. Herzog was convicted of three murders and sentenced to 77 years to life in prison. Herzog's sentences was reduced to 14 years after an appeals court tossed his first-degree murder convictions after ruling his confession was illegal.
. "Speed Freak Killers"
Herzog was paroled in 2010 to a trailer outside the High Desert State Prison in Susanville. He committed suicide last month outside that trailer.


"All that is necessary for the triumph of evil is that good men do nothing." (Edmund Burke)