Water Bond Down the Drain? 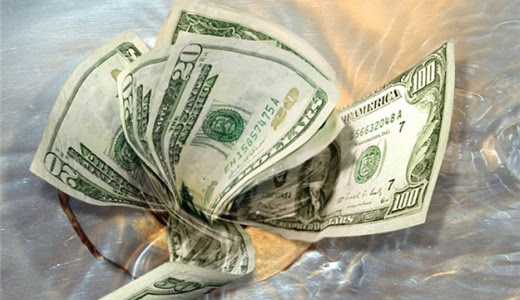 By Jim Christie
SAN FRANCISCO | Fri Jan 27, 2012 5:29pm EST
(Reuters) - California's efforts to deal with its chronicwater crisis are again in upheaval as lawmakers prepare to pull an $11 billion water bond off the November ballot even as Governor Jerry Brown revives the controversial idea of a canal to route Northern California water to the state's arid south.
The water bond, which would fund a variety of projects around the state ranging from dams to watershed protection, was painstakingly crafted under former Governor Arnold Schwarzenegger to balance the needs of agricultural and residential water users and address environmental concerns.
But the bond measure was bumped from the ballot in 2010 due to fears that recession weary voters would reject it. Many legislators now fear the economic climate remains too weak for voters to agree on a big new debt plan. Brown is also eager to keep the ballot uncluttered to maximize odds that voters will approve his measure to increase taxes.
The bond measure calls for selling general obligation bonds backed by the state's general fund, which is already facing a $9.2 billion shortfall. If it doesn't go forward, local water agencies will have to find their own ways of funding critical projects while delaying many others.
"I agree with the governor to the extent that he's saying that this should not go to the voters this November," said Assemblyman Jared Huffman, a Democrat. "It would fail."
California has $81 billion in outstanding long-term debt, according to the state treasurer's office. Brown's finance department forecasts $5.4 billion in general fund revenue, or 5.6 percent of estimated revenue, will be needed in the next fiscal year to pay off debt, compared with $2.1 billion, or 2.9 percent of revenue, in the state's 2002-2003 fiscal year.
"The angst voters are feeling about their personal finances makes it tough," said Sacramento-based media consultant Wayne Johnson. "There's been a real sea change in public sentiment on public indebtedness."
John Coleman, president of the board of East Bay Municipal Utility District, said the state's leaders can't delay in rallying behind the measure. He said it is crucial for upgrading the state's aging water infrastructure and would provide jobs.
"Water equals jobs equals taxable money to the state," said Coleman. "That's how the voters need to look at it and that's how the elected officials need to look at it."
GIVING MEASURE A 'HAIRCUT'
Both Democrats and Republicans in the legislature agree the measure is simply asking for too much debt for the current political climate, said Republican Assemblyman Kevin Jeffries. But some advocate trying to reduce its size rather than scrapping it altogether.
The question now is whether it can be reduced in size, rather than being scrapped altogether.
"There is a consensus that the bond size needs to be reduced," said Jeffries, who helped craft the measure. "The bond is just flat out too big."
How to revise the measure is, however, very much up in the air, said Democratic Assemblyman Mike Gatto: "There's definitely no consensus."
Some lawmakers would like to strip projects. But that could doom the measure, given the fragile political compromises built into it, said former Republican state Senator Dave Cogdill, a key player behind the 2009 water bond bill.
"It took three years to negotiate," Cogdill said. "Every minute point of it was negotiated."
Some lawmakers have proposed including revenue bonds in the measure so water users would also help pay off debt. But that too would likely upset the delicate political balance that earned the bond measure the required two-thirds support of lawmakers to advance to the ballot.
"When you move into questions like that, you're not moving closer to a two-thirds vote," said Timothy Quinn, executive director Association of California Water Agencies.
State Senate President Pro Tempore Darrell Steinberg said a plan by Jeffries to slash 25 percent of funding from each project may offer the best option for keeping the measure on track for November, or at least alive for the November 2014 ballot.
That proposal was killed in an Assembly subcommittee earlier this month, but Steinberg may revive it to rally support for a smaller bond calling for $7 billion to $8 billion in new debt.
"I don't dismiss the so-called haircut approach," Steinberg told Reuters. "It could keep all the stakeholders together."
Legislators may also have Brown's water plan on their desks in coming months. Brown in his state-of-the-state speech this month said he is working on a plan aimed at improving the ecosystem of the Sacramento-San Joaquin River Delta, a natural reservoir for much of California's fresh water.
Drawing water from the Delta has been a controversial for years, due in part to its damage to salmon and other fish.
Brown will also aim to ensure Delta water for Central California and Southern California, potentially with a canal, financed by water agency ratepayers, to redirect river water around the Delta. Voters rejected a measure in 1982 proposing such a conveyance, then known as the Peripheral Canal.
Brown said the project "will ensure water for 25 million Californians and for millions of acres of farmland as well a hundred thousand acres of new habitat for spawning fish and other wildlife."
at 7:06 PM