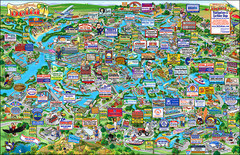 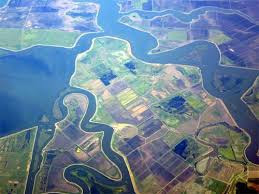 State officials plan for Delta tourism to help alleviate budget woes so revenue can address needed conservation development.
The plan is part of the Sacramento-San Joaquin Delta Reform Act of 2009, which also includes water supply planning and ecosystem restoration. The state does not have money to implement changes now, but parks department officials said planning will make resources available later.
"They are things that can be done over the long term," said Dan Ray, planning division chief for the state parks department.
To attract more visitors, the parks department wants to improve four existing recreation areas and six state parks, and create four new parks.
Contra Costa County Supervisor Mary Nejedly Piepho, of Discovery Bay, said an outline of how to revitalize the Delta also demonstrates how important it is to plan for the region, and how the Delta can be damaged further if too much water is siphoned to Southern California.
"Everybody needs to realize the benefit of the Delta as more than a plumbing fixture," Piepho said.
A state-issued report recommends that improvements be made to wildlife habitat areas, publicly owned levees, scenic highways and state recreational trails. Federal, state and local agencies need to work with businesses and nonprofit groups to achieve the goals.
"We need to make the Delta economically viable," Piepho said. "If we have a muddy saltwater marsh, are
Advertisement
we going to have tourism, fishing and scenic byways? No."

The strategy recommended by the state would create tourism and business opportunities in towns that are gateways for recreational activities; offer more historic and nature interpretation, restrooms, picnic and camping sites and other facilities at parks; and create additional activities such as fishing, hunting and bird-watching to entice more visitors.
These locations would be connected by scenic driving routes, boating trails, or bicycling and hiking trails.
Ray said the improvements would take about 50 years to complete.
"The most important idea is (that) the variety of different agencies work together with private businesses in tourism and recreation to make this happen," he said.
Specific improvements are suggested in Contra Costa, Sacramento, San Joaquin, Solano and Yolo counties, which make up the majority of the Delta and Suisun Marsh region.
Combined, the area is home to 3.9 million residents. The population of the five counties is expected to double by 2050, increasing demand for recreation in the region, Ray said.
Locations targeted for improvement include Brannan Island and Franks Tract, Sherman and Lower Sherman islands and Bethany Reservoir.
The area is ripe for boating, fishing and hunting opportunities, according to the state report.
Also the ever growing delta vineyards and wineries will bee a boon to tourism.
The reservoir, south of Byron, is ideal for picnicking, angling and camping, as well as an interpretive exhibit of California Department of Water Resources operations.
The California Department of Fish and Game was advised that Lower Sherman Island could be a wildlife area, and the state parks department could provide interpretation of historical communities such as Locke, in Solano County.
Other agencies encouraged to participate in the improvement of the Delta included East Bay Regional Parks, Caltrans -- to turn highways 160 and 84 into scenic byways and add more signs, pullouts and boating access -- the California Department of Water Resources, the California Recreational Trails System and the Delta Protection Commission.
at 8:28 PM