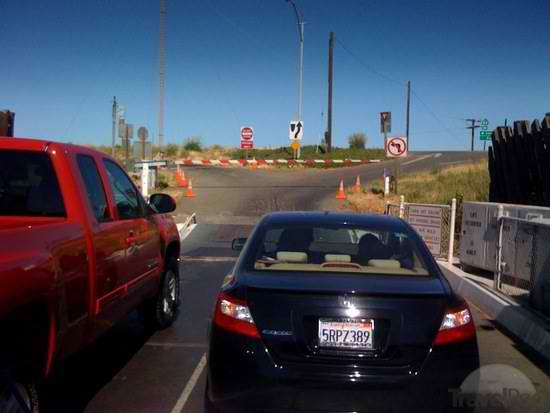 RIO VISTA, CA - A new $4.3 million ferry that Caltrans promised would provide reliable year-round service to Delta travelers has been dead in the water for nearly two weeks.
It's just the latest in a series of mechanical problems that have left the ferry tied to shore, breaking the 800-foot link that connects Ryer Island with the rest of Solano County via Highway 84.
The Real McCoy II was commissioned in February to replace the original Real McCoy, which began service in 1946.
"I think, statistically, (the new ferry) has operated 40 percent of the time since it was put into commission," Ryer Island resident John Brimmer said.
Brimmer said a detour through Sacramento County can triple the driving time to nearby Rio Vista.
Jack Fonss, who owns the Arrowhead Marina, said he's seen his business drop off when the ferry isn't operational.
"When you can't get there from here, it's going to affect your business," Fonss said. "Conversely, we no longer shop in Rio Vista."
read more http://www.news10.net/news/article/155518/2/Problems-plague-43-million-Caltrans-Delta-ferry
at 8:23 AM