“This is an aggressive schedule that will allow us to move clearly forward with BDCP and take the guess work out of next steps,” said California Secretary for Natural Resources John Laird. “Meeting the dual goals of ecosystem restoration and water supply reliability demand a deep commitment from all parties involved.” 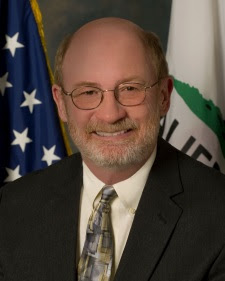 State and federal officials announced in a joint statement on Thursday, August 11 that they have reached "two significant milestones toward assuring a sustainable water supply for California and a healthy Delta ecosystem."

Translation? The Brown and Obama administrations are aggressively forging ahead with one of the most widely-criticized environmental policies of the Arnold Schwarzenegger administration - the plan to build a peripheral canal to export more water to corporate agribusiness and southern California water agencies.

The U.S. Department of the Interior (DOI), the U.S. Department of Commerce, and the California Natural Resources Agency have agreed to a schedule for completing an effects analysis and a combined environmental impact statement/environmental impact report (EIR/EIS) as part of the Bay Delta Conservation Plan (BDCP) by June 2012. They also agreed to considering a "suite of alternatives," including a controversial peripheral canal or tunnel, for evaluation in identifying a proposed project.

“This is an aggressive schedule that will allow us to move clearly forward with BDCP and take the guess work out of next steps,” said California Secretary for Natural Resources John Laird. “Meeting the dual goals of ecosystem restoration and water supply reliability demand a deep commitment from all parties involved.”

“California’s complex water problems require science-based solutions developed as part of a close partnership between the federal and state government, as well as all key stakeholders,” said Department of the Interior Deputy Secretary David J. Hayes. “We share the state’s urgency in moving forward with the BDCP as quickly as possible to address the all-important goals of a healthy Bay Delta ecosystem and a reliable water supply for California.”

The Brown and Obama administrations outlined the agreement regarding the schedule in an exchange of letters between the California Natural Resources Agency and DOI.

"Additionally, state and federal water officials today laid out a broad range of alternatives that are being evaluated in order to enable the California Department of Water Resources to identify a proposed project that will serve as the basis for federal and state permit applications and environmental review," according to Laird and Hayes. "Those alternatives include a variety of conveyance facilities with capacities ranging from 3,000 to 15,000 cubic feet per second. A range of proposals for habitat restoration is also under consideration."

"The agencies would like to get the deed done as soon as possible and we intend to put crowbars in the spokes until they address the full range of reasonable alternatives to this boondoggle, which would end the Delta as we know it," said Bill Jennings, chairman/executive director of the California Sportfishing Protection Alliance (CSPA). "Diverting 3,000 to 15,000 cfs from the estuary would exacerbate water quality impacts, devastate fisheries and virtually eliminate Delta agriculture and recreation."

In addition, canal opponents point out that the range of proposals for "habitat restoration" focus on taking Delta agricultural land, among the most fertile on the planet, out of production in order to continue irrigating drainage-impaired land on the west side of the San Joaquin Valley.

Laid also announced that water contractors depending upon Delta water have potentially committed around $100 million to the BDCP process.

“With an agreed upon schedule and impending potential financial commitments of roughly $100 million, the state along with our federal partners can bring us much closer to making our planning efforts a reality,” stated Laird.

Barbara Barrigan-Parrilla, executive director of Restore the Delta, responded to Laird's statement with alarm that more California water ratepayer money was being wasted on the BDCP.

"In this era of fiscal austerity, it's mind boggling that BDCP officials would try to raise $100 million from California water ratepayers to finance the planning of this boondoggle," said Barrigan-Parrilla.

While Laird has claimed he would make the BDCP process "more inclusive," BDCP critics believe the actions of Laird, and Jerry Meral, Deputy Secretary of the California Natural Resources Agency, prove otherwise.

The Management Committee includes officials from the Natural Resources Agency, Department of Water Resources, Bureau of Reclamation, Westlands Water District, the State Water Contractors Association, Metropolitan Water District, Kern County Water Agency, Santa Clara Valley Water District, U. S. Fish and Wildlife Service, National Oceanic and Atmospheric Administration (NOAA) and the Nature Conservancy. These are the same agencies and organizations that have presided over the collapse of Central Valley salmon and Delta fish populations, due to record water exports out of the Delta in recent years.

Meanwhile, staggering losses of Sacramento splittail and other fish species in the death pumps of the state and federal water projects on the California Delta continue as the Brown and Obama administrations export record volumes of water to corporate agribusiness and southern California water agencies.

According to the Natural Resources Agency, "The BDCP is a conservation plan for the Sacramento-San Joaquin River Delta, and falls under the federal Endangered Species Act and California Natural Communities Conservation Planning Act. The BDCP is intended to help meet California's co-equal goals for Delta management: water supply reliability and ecosystem restoration. The public draft BDCP, while still under development, includes a set of actions to redesign and re-operate state and federal water projects in the Delta and to restore native fish, wildlife and plant habitat; and address other ecological stressors in the Delta such as invasive plant species, barriers to fish migration, and predation of native fish."

The BDCP environmental review process is being conducted by five state and federal agencies. The California Department of Water Resources is the state lead agency under CEQA, while the Bureau of Reclamation, U.S. Fish and Wildlife Service, and the National Marine Fisheries Service are serving as the federal co-leads under NEPA.

The EIR/EIS is also being developed in close coordination with the California Department of Fish and Game, the U.S. Environmental Protection Agency, and the U.S. Army Corps of Engineers. These agencies will analyze BDCP proposed actions and alternatives to those actions, including alternative water conveyance options, in fulfillment of multiple state and federal permitting processes.

For more information, go to: http://resources.ca.gov/docs/Final_-_DOI_CNRA_BDCP_Schedule_Release.pdf
Add Your Comments
LATEST COMMENTS ABOUT THIS ARTICLE
Listed below are the latest comments posted about this article.
These comments are anonymously submitted by website visitors.