Isleton's Ire: How A Tiny California Town Got Tangled In The Complex Web Of Cannabis Laws

2009 file photo of model homes in the abandoned Isleton, Calif., subdivision, "Village on the Delta," where Delta Allied Growers allegedly grew marijuana plants in the garages of the three structures at right.
First Posted: 7/28/11 11:21 AM ET Updated: 7/31/11 08:50 PM ET
React

37
9
16
Get San Francisco Alerts
Sign Up
Submit this story
ISLETON, Calif. -- Judging by the brass plaque prominently posted outside the bar of the Del Rio Hotel and Casino in this tiny Sacramento-San Joaquin River Delta city, the people of Isleton do not easily forget when they've been bullied.
No sooner had a hotel with a casino opened in 1949 than the state of California outlawed gambling. The sheriff raided the establishment and threw its slot machines into the Sacramento River. The casino's owner hired divers to retrieve them and then put them back to work on the casino floors.
"It was during the following raid," the plaque records, "that the machines met their demise by sledgehammer."
"Sledgehammer" is the kind of word current Isleton residents use to describe the way Sacramento County District Attorney Jan Scully came down on a more recent form of local commerce: a project to grow medical marijuana approved by the struggling city of 840 residents earlier this year.
The case exemplifies the gray areas of the law in states where cannabis has been approved for medical uses despite the drug remaining federally illegal. California legalized medical marijuana in 1996 under Proposition 215, which allows patients with a valid doctor's recommendation to possess and cultivate marijuana for personal medical use. Prop 215 has since been expanded to protect a growing system of collective and cooperative distribution throughout the state.
But according to members of Isleton's city council, Scully moved to squash Isleton's lucrative operation before it had a chance to get off the ground, ordering a grand jury investigation that cost the city hundreds of thousands of dollars. And soon after the state attorney came knocking, the federal government got involved.
"I don't agree with how it was handled by the D.A. in Sacramento. There was no delicacy," said the current co-owner of the Del Rio, Linda Pace. "She had the power, and she decided to use it."

'THEY TREATED US LIKE WE'RE CRIMINALS'
In July of last year, a nonprofit called Delta Allied Growers approached Isleton with a proposal to cultivate cannabis in seven greenhouses they would build, ultimately, on the site of a failed housing development abandoned during the 2008 recession. After extensive discussion and deliberation, the Isleton City Council approved in November a development agreement for Michael Brubeck, president of DAG. The agreement, entirely predicated on its compliance with state law, allowed DAG to grow medical marijuana on the property and ship it to dispensaries in Southern California. (Scroll through the images below to see the model homes and local faces of Isleton.)

'Village On The Delta' Model Homes 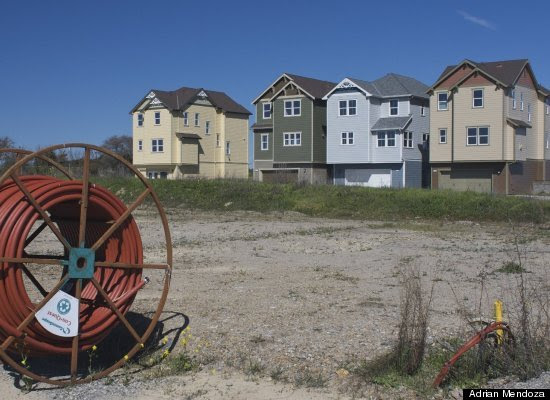 There would be no sale or distribution on site, no storefront presence, no cash or sales on the property. DAG would grow it, pack and ship it -- a wholesale cannabis nursery. Security for the operation, Brubeck said, would be designed and delivered by a consultant formerly with Homeland Security.
"It was all in plain sight. We could have been growing asparagus for all anyone would know," said Isleton Police Chief Rick Sullivan.
The city stood to benefit directly: The growers would pay a minimum of $25,000 a month in fees (in lieu of a tax) directly into its coffers, essentially doubling Isleton's annual revenue. Payment was to begin in January of this year.
But the law caught up only a few months later. On Feb. 8, Sacramento County Chief Deputy D.A. Cindy Besemer sent a letter to Isleton officials advising them that she had concerns with the legality of the project, despite the fact that California law permits the cultivation and use of marijuana for medical purposes. Besemer followed with calls described as "hostile" to city manager Bruce Pope, city attorney Dave Larsen and Sullivan, warning them that city council members and officials might be subject to criminal prosecution.
1  2  3  Next  Last »