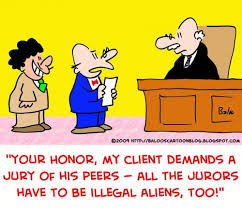 And the Bee further reports:
"The city allowed the community to be pushed into a project that is perched on the blurry edge of marijuana law without properly questioning the situation," a cover letter to the report from grand jury foreman Donald Prange Jr. reads. "It did so, not because of any desire to test the limits of the law, but because of the promise of money and jobs."
Pushed the community? They don't know Isleton California! If enough citizens were not on board, The Bee would be writing about the fight against it, not making citizens sound like they are "sheeple"...or part ostrich with their heads in the sand. Everybody knows everything  about everybody and every thing in every small community, and Isleton is no different.
Because of budget cuts in metropolitan cities, many agencies have to have a blind eye towards small time misdemeanors and "bending of procedures. But I am sure the good folks of Isleton would rather the county and feds just keep their noses out of their... business.
at 8:24 PM